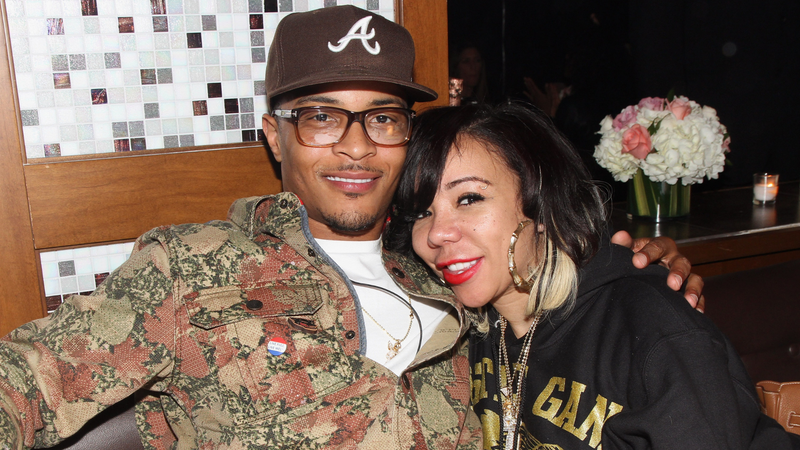 Earlier this year, T.I. and Tiny Harris were accused of sexual assault, kidnapping, drugging women and more by a former friend. Since then, dozens of women have come forward and investigations are underway in several states.

The New York Times published the story detailing the alleged assaults that have reportedly taken place in California, Georgia, and now, Nevada. As reported by The Daily Beast, an anonymous woman reportedly spoke with the LAPD virtually claiming she was assaulted by the Harrises in 2005. Another woman made similar claims in Las Vegas, but local authorities haven't confirmed if the investigation was still active.

The Los Angeles woman detailed that she met the couple through someone else handing out flyers in a mall. She claims to have had two drinks before sipping on Tiny's drink. Later on, she was invited back to their hotel room. The report stated, "once in the bathroom, Tiny took off all of victim’s clothing. Tiny was also naked, wearing only a shower cap. T.I. came into the bathroom naked. All three got into the shower and T.I. told victim she looked better naked." The report later stated, "she said her last memory was sitting down on the couch before waking up the next morning with 'her vagina very sore and had a burning/itching sensation.'"

Lawyer, Tyrone A. Blackburn is representing several alleged victims in this case and he sent letters to authorities in the aforementioned states, expressing, "these women are unaware of each other, and without any leading on my part, they recount eerily similar events of sexual abuse, forced ingestion of illegal narcotics, kidnapping, terroristic threats and false imprisonment."

The Harrises' attorney, Steve Sadow told E! News that "the Harrises have not spoken to or been contacted by the Los Angeles Police Department (LAPD), the Las Vegas Police Department (LVPD) or, indeed, any member of law enforcement from any other jurisdiction in the country. Even assuming the story in the Daily Beast is close to accurate, it appears the LAPD 'accuser' has chosen once again to remain anonymous, thereby preventing us from being in a position to disprove or refute her allegations—or even examine them."

The alleged crimes date back as far as 2005 and as recent as late 2017. The Harrises have denied all allegations against them.