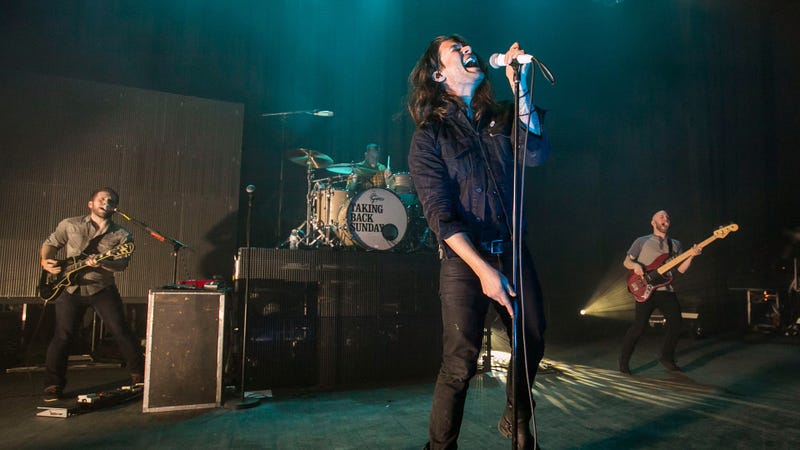 This year's edition of the traveling Sad Summer Festival has been announced. Presented by Journeys and Converse, and produced by Live Nation, the 2023 fest will take place throughout the month of July featuring performances by Taking Back Sunday, The Maine, Motion City Soundtrack, Head Automatica, and more.

Listen to Emo Kids and more on the free Audacy app

Sad Summer will be making its fourth trek across the US this summer for a total of 16 shows between July 6 and 29, each headlined by emo favorites Taking Back Sunday. "We’re very excited to get back on the road," says TBS's John Nolan. "It’s going to be great spending the summer playing shows with old friends and making new ones. Most of all, we can not wait to start playing these new songs for everyone!”

"For some reason the past year has felt like one long winter to me. Not that I haven’t enjoyed the hibernation, but I think it’s time my body absorbed some vitamin D and my ears devoured some Taking Back Sunday," says The Maine's John O’Callghan, "and the very best place for both of those things will be at Sad Summer ’23. So crawl out of that cave, apply the zinc oxide and let’s f***ing rip."

Fans can purchase tickets during the public on sale beginning Friday, January 27 via Live Nation.