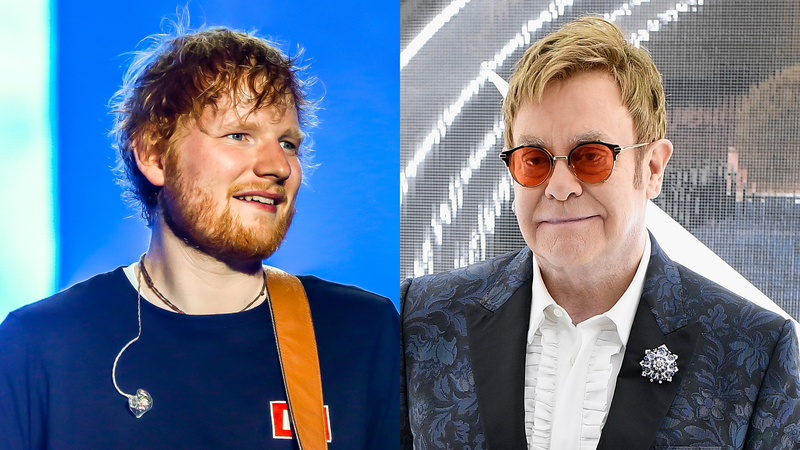 Usually we aren’t about calling people not nice names, we find it all very bully on the playground. But honestly NGL in this particular case, Elton John was kinda right, Ed Sheeran was a “f***ing big mouth.”

In a recent interview with NME, Elton didn’t hold back his thoughts about Sheeran, after he leaked the news of their surprise Christmas duet, during an appearance on Dutch radio station NPO Radio 2, just last month.

"Yeah, he let the cat out of the bag didn't he?" John told NME. "I was sworn to secrecy and then big mouth f***ing Sheeran goes to the Netherlands! It's supposed to come out - we haven't finished it yet, so there's still work to be done," John said of the song that currently has no release date.

As NME reported, Sheeran told NPO Radio 2 that the idea for the duet came from John, who called him last year after his song "Step Into Christmas" landed in the UK top 10 for the first time.

Ed continued, “He said, 'Step Into Christmas is Number 6 in the charts! I want to do another Christmas song - will you do it with me?'"

According to the outlet, Sheeran went on to tell the station that while he initially didn't feel like the song "suited me," and that he “never really wanted to do a Christmas song,” it was the sudden death of his close friend that made him reconsider. “It really just hit home how stuff can just change overnight.”

There was also another factor — Elton John. “I was like, ‘Why the f*** am I not doing a Christmas song with Elton John? I might not be here tomorrow, this will be a f***ing great way to celebrate Christmas.’” The opportunity to work with Elton was something he wasn’t just about to pass up. "It's just me and him. It's great,” revealed to the station about the yet to be titled track.

Sheeran and John have actually teamed up before, for a performance at the 2013 GRAMMYs. The two have also spent time together off-stage, with John advising the "Bad Habits" singer under his label Rocket Music Entertainment Group.

Along with their forthcoming Christmas duet, both Sheeran and John we’re working on separate new projects of their own. John recently released an album of collaborations titled The Lockdown Sessions, that includes features from Miley Cyrus, Lil Nas X, Stevie Wonder, Charlie Puth and many more. Meanwhile, Sheeran is set to release his long-awaited fourth studio album = on October 29.