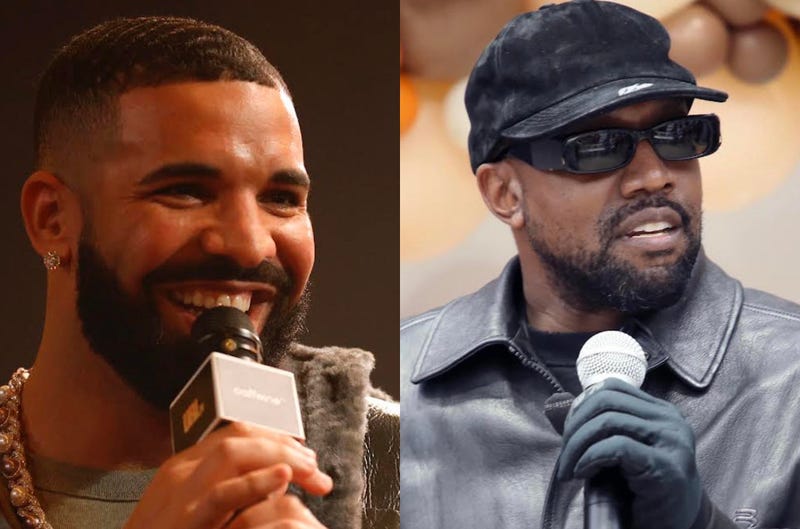 On Thursday, Kanye West and Drake are finally reuniting on stage for the first time after squashing their beef. The two rap icons will come together for the Free Larry Hoover benefit concert at the Los Angeles Memorial Coliseum.

Start streaming Kanye West Radio for the latest and the greatest from Ye, now playing on the Audacy app

The benefit concert was organized by Ye and will see Drizzy performing as a “special guest.” The two artists will be using their musical talents to support Chicago’s Larry Hoover, co-founder of the Chicago gang, Gangster Disciples.

In an online statement, referencing earlier comments he made about calling for Drake’s involvement, Ye said, “I believe this event will not only bring awareness to our cause but prove to people everywhere how much more we can accomplish when we lay our pride aside and come together.”

If you were unable to snag a coveted ticket to the show, fans will be able to livestream the show for free on Amazon Prime Video, Amazon’s Music app, and Amazon Music’s Twitch channel. The concert will air live in 240 countries starting at 8PM PT.

Plus, IMAX is set to host screenings of the concert in select theaters across the U.S. Tickets can be purchased at www.tickets.imax.com.

This benefit concert will be West’s first headlining show in five years, coming after the 2016 cancellation of his Saint Pablo tour. For Drake, this performance will be his first since taking the stage at the Astroworld Fest, which resulted in 10 deaths and over 300 injuries.