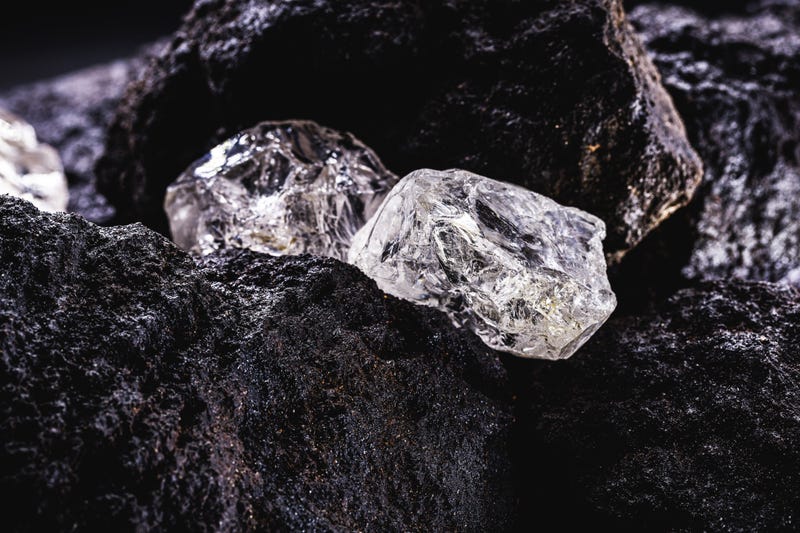 What may be the world’s third-largest diamond has been unearthed by miners in Botswana.

The giant crystal was discovered on June 1 in the Jwaneng mine in southern Botswana, according to Bloomberg. The mine is supposedly the most valuable in the world.

A unit of De Beers finds a giant 1,098 carat diamond in Botswana, its largest in decades of mining https://t.co/BvLVg2lcC8

The company that discovered the gem was Debswana, a joint venture between De Beers corporation and the Botswana government. A spokesperson for the company said it was the largest ever found in the company’s five-decade history.

The diamond is a stunning 1,098-carats and will be appraised within the coming weeks. Once it is appraised, Botswana’s state-owned diamond trading company can decide whether to buy it from Debswana or let De Beers sell it, according to Bloomberg.

The world’s largest diamond was measured to be 3,106 carats when it was discovered in South Africa in 1905. The number two and now number three diamonds combined are still smaller than the largest ever stone. That gem was cut into 100 pieces three years later, with the largest being 530-carats.

According to The Guardian, Botswana is the leading diamond producer in Africa and home to the mine where the world’s second-largest diamond was found in 2015. It measured at 1,109-carats and is called Lesedi La Rona.

The discovery of the diamond could not have come at a better time, as diamond sales were hit hard during the pandemic. Debswana’s production fell by 29% in 2020, and sales fell by 30%, according to The Guardian.