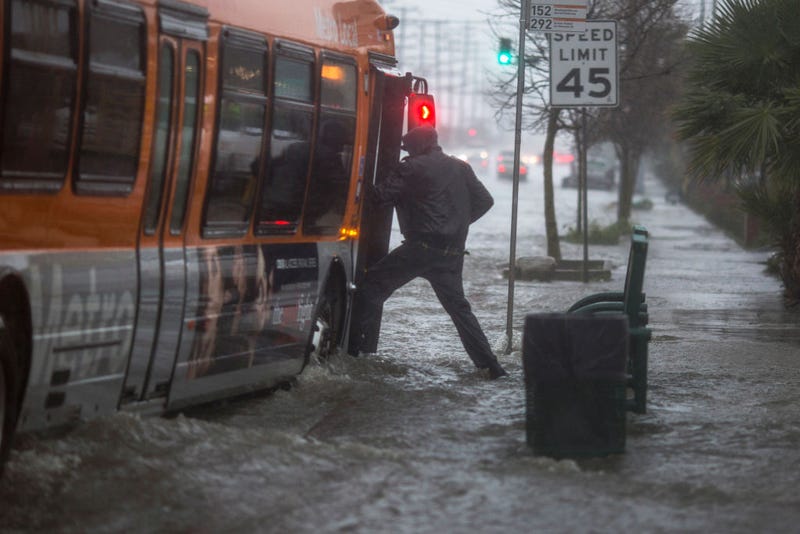 A man boards a bus on a flooded street as a powerful storm moves across Southern California on February 17, 2017 near Sun Valley, California. Photo credit Getty Images
By Edie Frederick, KCBS Radio

UCLA climate scientists, Xingying Huang and Daniel Swain, who co-authored the study, revealed Friday that climate change has increased the risk of a catastrophic flood twofold.

"California lives with a sleeping giant — an occasional flood so large that it inundates major valleys with water flows hundreds of miles long and tens of miles across," a UCLA press release revealed. "Increased runoff could lead to devastating landslides and debris flows — particularly in hilly areas burned by wildfires."

Huang and Swain designed two megastorm scenarios capable of causing a megaflood — one which uses recent climate data and another that draws from a hypothetical warmer climate.

In both simulations, a 30-day period of cumulative precipitation was deemed "extremely high," with the future scenario showing a 45% higher chance of prolonged precipitation throughout the state.

By the end of the century, Huang and Swain predicted that California storms will generate 200-400% more runoff in the Sierra Nevada Mountains due to precipitation falling as rain, not snow.

In the next steps, the authors hope to map where flooding could be most severe and inform plans to mitigate the risk by opening reservoirs, allowing water to inundate certain floodplains and diverting water away from communities. 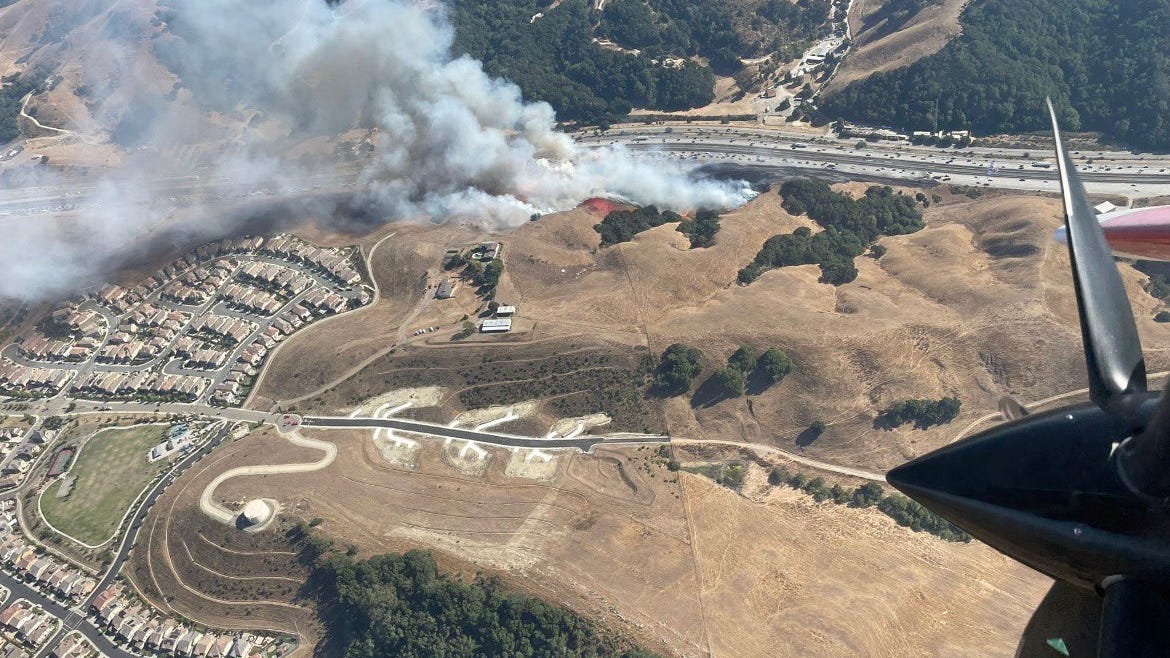