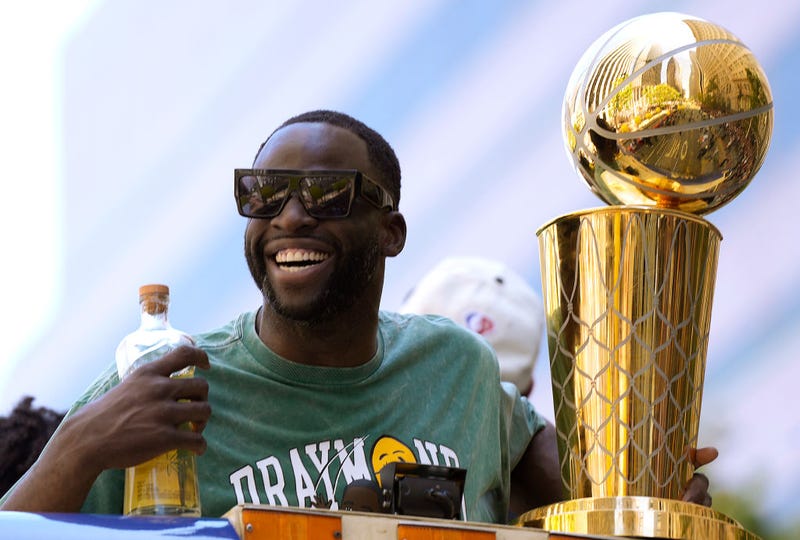 SAN FRANCISCO (KCBS RADIO) – No matter how much you've accomplished in life, like winning four NBA championships in eight years, or what you're doing, such as partying with 800,000 of your closest friends, there's always room for a little ice cream.

Amidst the chaos of hundreds of thousands of delirious fans in San Francisco during the Golden State Warriors' championship parade, star Draymond Green made a small mid-parade pit stop at the Ghirardelli Chocolate Company restaurant, located at the bottom of the Palace Hotel.

As his double decker bus drove slowly along over one mile route on Market Street, Green hopped off at New Montgomery and headed into the famed ice cream spot.

"I just need some ice cream," Green told a bewildered and chuckling clerk.

Draymond really got off the bus and ordered ice cream 😭 pic.twitter.com/aliVEELviO

Green received his sundae, a Mint Bliss, took a bite, handed it to a member of his group and went back outside to the scores of celebrating fans.

Another member of his entourage reportedly paid for the ice cream with a $20 bill and told the cashier to keep the change.

The dessert break was part of a busy day for Green, who fully basked in the Warriors' championship glow as he continued to blast and laugh at the team's doubters. 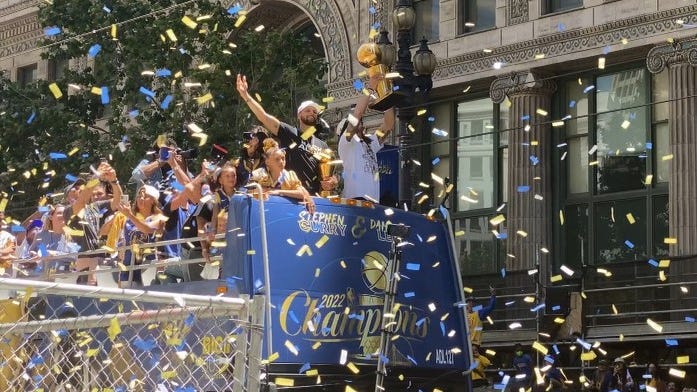