The nation's largest exhibition of mural art created during the COVID-19 pandemic is poised to open to the public in San Francisco's Dogpatch neighborhood this weekend.

"The City Canvas: A Paint the Void Retrospective" will feature 49 murals painted during the last two years, all of which adorned boarded-up storefronts in San Francisco and became symbols of the city's resilience.

"Communities participate in it, and this art is from all over the city," Pier 70 Senior Director of Creative and Placemaking Marcy Coburn said of the exhibit during an interview with KCBS Radio on Wednesday. "To me, it has such amazing energy altogether in one place because it represents so much of San Francisco."

A cavernous building at Pier 70, the size of multiple football fields and nestled on the city's waterfront, is set to host the exhibit this weekend and next week. Coburn said construction along 22nd Street was just completed, connecting the Dogpatch to Pier 70 for "the first time in over 100 years."

Some of the murals are massive, standing as long as 43 feet and as high as 11.5 feet. 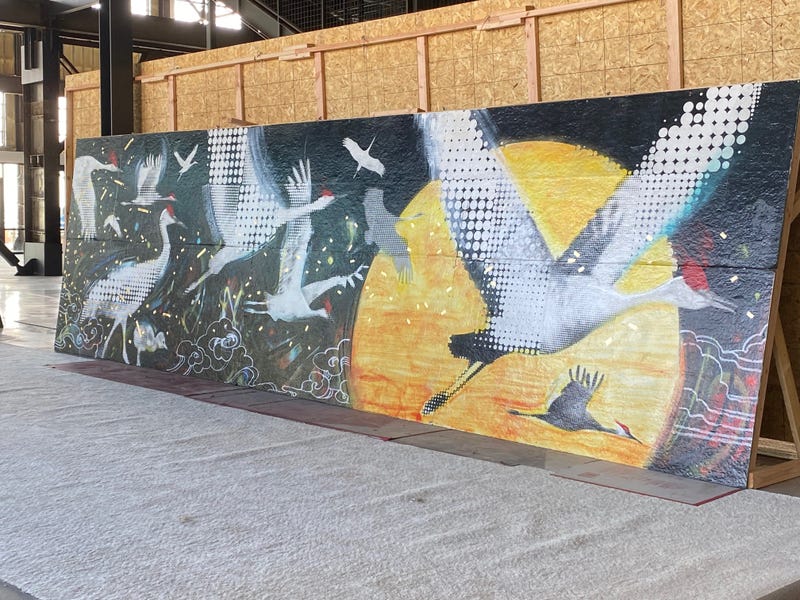 A large mural on display as part of "The City Canvas: A Paint the Void Retrospective," which runs this weekend and next at San Francisco's Pier 70. Photo credit Jim Taylor/KCBS Radio 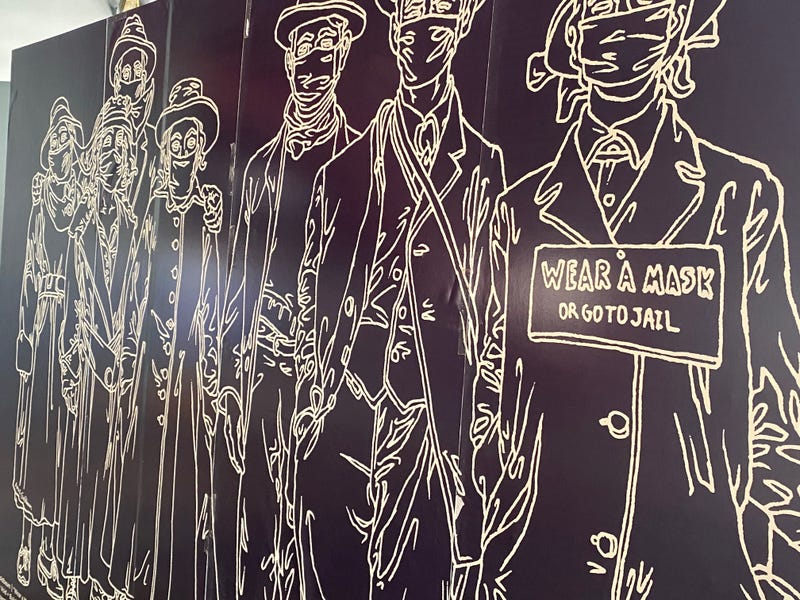 A mural painted over a boarded-up San Francisco storefront during the COVID-19 pandemic implores city residents to "wear a mask or go to jail." Photo credit Jim Taylor/KCBS Radio

But Coburn said all of them serve as signs of San Francisco's strength during a difficult two years of a pandemic that has sickened thousands, killed hundreds and shuttered countless restaurants and businesses in the city.

"Creativity really does provide solutions in terms of helping people find resilience, and heal, and recover and deal with things as tragic and hard as what we've been all going through," she said.