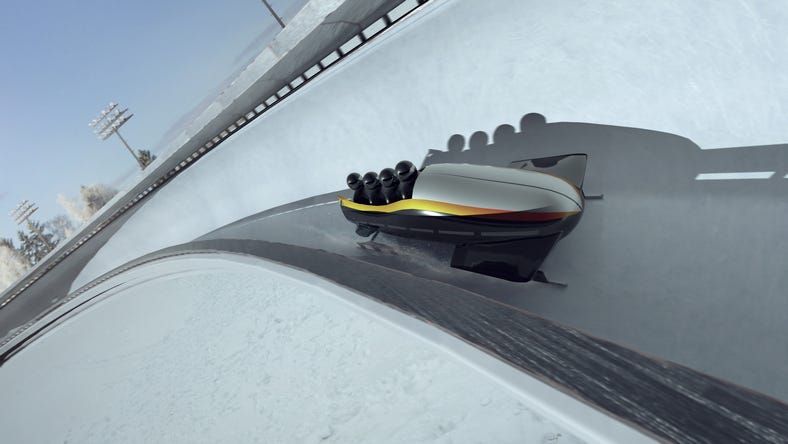 For the first time since the 1998 Nagano Winter Olympics and decades since "Cool Runnings" became an instant classic, a Jamaican four-man bobsled team has once again qualified for the Winter Olympics.

The team will travel to Beijing next month after qualifying for a spot in the winter games for the first time in decades.

The team announced they would be heading to the 2022 Winter Olympics on their Instagram on Monday following their qualification.

"BREAKING!!! JAMAICA, WE HAVE A BOBSLED TEAM HEADING TO BEIJING! 📣📣📣" Team Jamaica wrote on its post.

When a four-man Jamaican team earned a berth at its first Winter Olympics in Calgary, Alberta, in 1988, they became the subject of the 1993 cult classic film "Cool Runnings."

The film depicted their struggles to qualify for the Winter Olympics in the feel-good underdog story. Jamaica will be a part of the field that includes 28 four-man teams from nations across the globe competing for gold in Beijing.

"It will be fire on ice as Team Jamaica 🇯🇲 secured their spot at the 2022 Beijing #WinterOlympics," the team wrote on Instagram.

The four-man team won't be the only group from the island nation to compete in Beijing either.

They will be joined by a two-man team and the new women's monobob event. If a qualifying team drops out of the two-woman bobsled event, then the Jamaican team could compete as an alternate.

The team for Jamaica is expected to be piloted by Shanwayne Stephens, joined by pushers Matthew Wekpe, Ashley Watson, and Rolando Reid. Still, the roster has not been announced yet, NBC Olympics announced.

The highest finish for a Jamaican bobsled team at the Winter Olympics is 14th, and the new group hopes to have a better finish this year.