There’s no stopping the 49ers Faithful.

Expect to see plenty of red at SoFi Stadium when the 49ers face the Los Angeles Rams for the NFC Championship. Even before the Rams had topped the Tampa Bay Buccaneers to advance to the NFC title game, Ticketmaster put geographic restrictions on ticket buyers outside of Southern California.

As 49ers players like Deebo Samuel objected, the restrictions were lifted. According to Dylan Hernandez of the Los Angeles Times, nearly two-thirds of fans are expected to be rooting for the 49ers Sunday at SoFi.

“Vivid Seats projects 65% of fans at SoFi Stadium on Sunday to be cheering for the 49ers, up from the 60% the company estimated for the game earlier this month,” Hernandez wrote.

According to an informal poll by the Bay Area News Group’s Cam Inman, 49ers fans have settled on the nickname “Levi’s South” for SoFi Stadium.

Sounds like #49ers fans are indeed getting their NFC Championship games tickets for another LA takeover.

So which nickname is best for SoFi Stadium, where Super Bowl is Feb. 13?

Kelly Stafford, wife of Rams quarterback Matt Stafford, was shocked at the amount of 49ers fans in attendance during Week 18.

Former 49ers greats Joe Staley and Frank Gore even offered to buy up tickets from Rams fans and give them to Niners fans.

Joe, let’s do this!!!!👊🏿👊🏿👊🏿 @RamsNFL fans, Joe and I are ready to buy all your tickets!! #StraightCash #FTTB #ForeverGrateful https://t.co/Q9pktmpZkT

It looks like there will be plenty of Faithful making the six-hour drive south again this weekend. 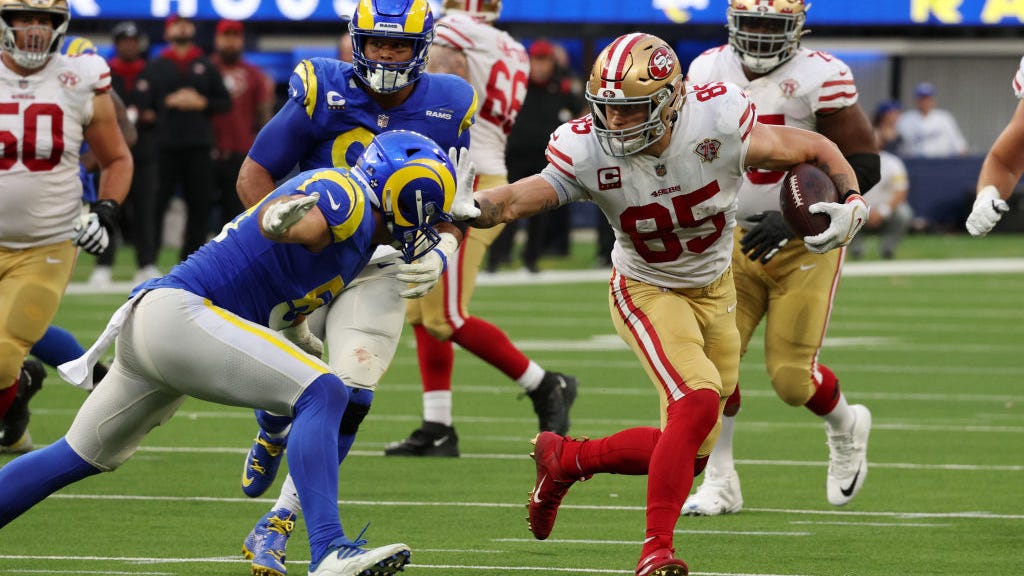