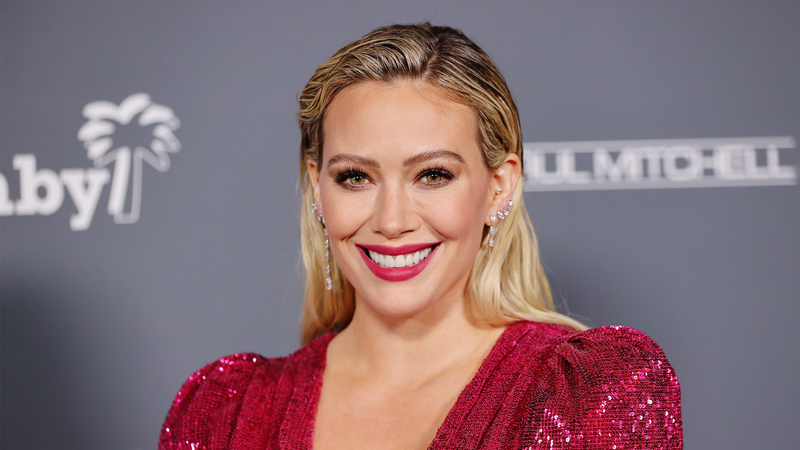 When Hilary Duff announced the newly revived Lizzie McGuire was so soon after most likely going to be canceled, 'twas no doubt dark times for many a millennial. But hey now, Duff has decided show us what dreams are made of and reveal what Lizzie would have been up to all these years later.

Throw it back to the simpler time of the early aughts when Pop was perfect and listen to Audacy's The Millennium station.

In January of 2020, just a few months after the revival was announced by Duff herself at the August 2019 Disney+ event D23 Expo, Lizzie McGuire's original showrunner, Terri Minsky, was fired from the project, with Disney revealing it'd decided to "move in a different creative direction." Which at the time was confusing, but soon became clear the reboot was a no-go before it ever really was even a-go.

While Disney+ pushed for the revival to “appeal to kids and families” and be more “akin to the original series,” Hilary took to social media to explain the responsibility she felt to honor the character’s legacy. Sharing she’d be doing a “disservice to everyone by limiting the realities of a 30-year-old’s journey to live under the ceiling of a PG rating.”

After leaving fans severely disappointed, Hilary who’s now starring in the (let’s call it a spin-off) show How I Met Your Father, is talking all about the Lizzie reboot that never was, and revealing the storyline Disney wasn’t here for that ultimately got the show scrapped.

While still hopeful that Lizzie will one day be on our small screens again, when talking to Cosmopolitan about her latest project, Duff decided to reveal what Lizzie would have been up to all these years later.

“My character was moving back home with her parents because she caught her soon-to-be fiancé cheating on her, and she was falling flat on her face at the moment and being like, ‘I need to pivot because everything that I thought was wasn’t, and I’m turning 30. What the f***?’” she said.

When asked if she ever considered leaking the 2 revival episodes that were filmed, Duff admitted that it had certainly crossed her mind.

“I would be lying if I didn’t say I didn’t have those thoughts a few times,” she said. “But I wouldn’t, because in my 34 years I’ve realized that everything does happen for a reason,” she continued. “There’s a time and a place for everything. It just wasn’t her moment. I’m constantly asked about it still. All it does is breathe life into the fact that people still want it, and that’s really sweet. It’s not dead, and it’s not alive.”