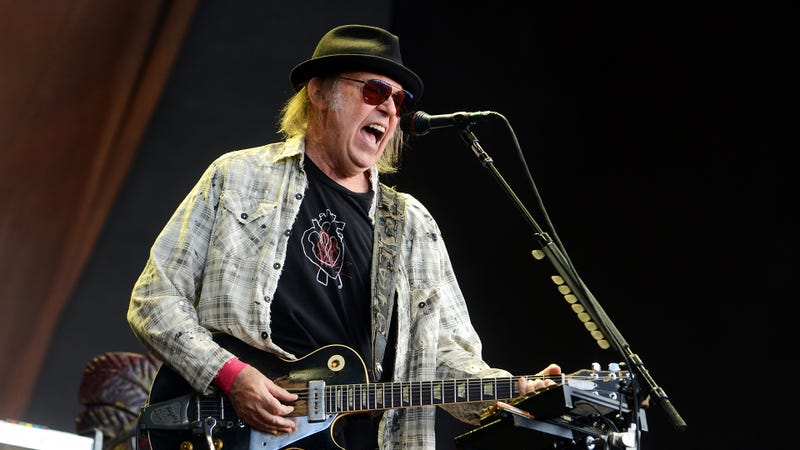 On today’s Broken Record episode, Canadian-American singer-songwriter Neil Young talks to host Rick Rubin about the remarkable way the new Crazy Horse songs were conceived for World Record, released just last week on November 18, 2022 -- while also reminiscing about the recording of his third and fourth albums -- 1970's After The Gold Rush and 1972's Harvest -- and much more.

Working on the new project with Crazy Horse became one of Neil's favorite processes he admits. "It came out really great, I'm just really happy with the record," says Young. "The music is some of my favorite music I've ever made. I mean, I listen to it... I can't believe it!"

"We had a blast... time of a lifetime, actually," Neil continues. "There's nothing that I can look at that compares to it. Everything else, they're all great and there's a lot of really cool things that I did with Crazy Horse in the past. And the stuff we did in the studio in the 90s was cool too -- I've still got that and I'm actually getting ready to put it out in the archives -- some of it's really cool, but they're not like this." Rubin fully agrees, adding, "it's new, very old music... they sound like songs from before you ever wrote songs."

Looking back at his early solo days post Buffalo Springfield, Neil remembers his producer at the time, David Briggs, as being very similar to Rubin. "Briggs is different; definitely his own unique guy, but he wasn't shy about what he knew how to do," says Young. "You two guys are like brothers as far as I'm concerned. Brothers who never met."

After a chance meeting on the street, Briggs brought him back to his house where Neil recognized Stephen Stills used to live. "We just started talking about making records," Neil recalls. "We made my first record, and many more after that... I wanted to do solo because I didn't want to be hindered by, held back by other things. I had a lot of ideas; too many songs, not enough time." That's not to say he felt held back by Buffalo Springfield; "That was a great band, I just had more songs than I could put in the band... I could write enough songs for an album myself in the time that it would take the Springfield to get ready to record an album. I wrote a lot of songs."

Listen to the full episode featuring Neil Young -- now playing on Audacy -- and follow along for more conversations with hosts Rick Rubin, Malcolm Gladwell, Bruce Headlam, and Justin Richmond as they speak with the musicians you love to discuss their lives, inspiration, and craft.

Browse and follow more of Audacy's all-new stations like Neil Young Radio, 80s Guitar, Rock N’ Road, Freedom Rock, The Canyon, Arena Rock, Wake Up and Rock, and The Roots of Rock for those who crave the early days.