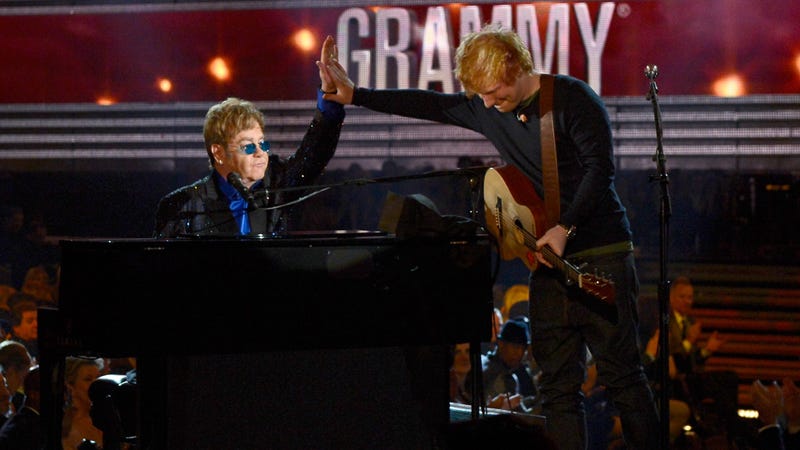 After releasing their own highly-anticipated projects — Elton John with The Lockdown Sessions and Ed Sheeran with = (Equals) — the two icons are getting together for one epic gift… Christmas music.

Sheeran and Elton have joined forces for, “Merry Christmas,”  which appears on the Christmas Edition of Ed’s project, =. As it turns out, shooting the music video turned out to be rather dangerous as Ed shared he almost “killed” Elton.

“Oh, mate. I almost killed him with a bell… On the video,” Ed shared with Zane Lowe on Apple Music 1. “There's footage of, I'm dressed up as sort of sexy Santa Claus and I kick a present, but the present had a big metal bell on top of it.”

He continued, “The bell flew past his head and would've cracked him in the head… I will post it eventually,” Sheeran laughed.”The music video is wild. We've parodied all the great British music videos that came at Christmas.”

Thank goodness the near death experience for Elton was all for a good cause as all profits from the duo’s “Merry Christmas” earnings will benefit the  Ed Sheeran Suffolk Music Foundation and the Elton John AIDS Foundation.