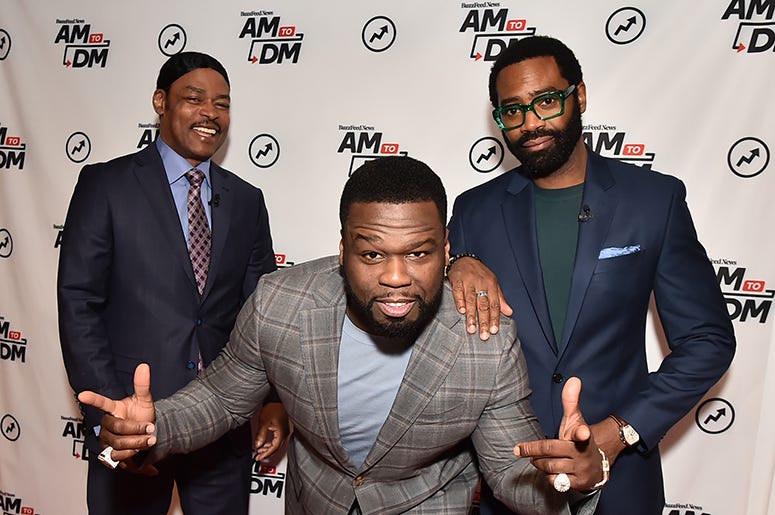 The star of hit ABC drama, For Life, Nicholas Pinnock chopped it up with RADIO.COM and V-103’s Big Tigger and The Morning Culture, ahead of Wednesday night's Season 2 finale. The hit primetime show is inspired by the life of Isaac Wright Jr., a formerly incarcerated man who was wrongfully convicted as a kingpin in 1991 and sent to life behind bars. While imprisoned, he worked as a paralegal and successfully helped in overturning the wrongful convictions of twenty inmates before helping in his own exoneration.

Pinnock made sure to affirm that the show is simply inspired by Wright’s life, but isn’t “based on” his life. With Wright serving as an Executive Producer and a consultant for the show, each story is “inspired, in some way, by stories he’s told [the team],” as stated by Pinnock. When asked about the “reception” from the public, he clarified yet again about the show’s timeline and that the show takes place in real-time, ala COVID, but still fans get confused assuming that the show is solely based on Wright’s life.

Rapper 50 Cent serves as an Executive Producer on For Life and even took on a guest role. In regards to one of the few successful rappers-turned-actors, Pinnock believes “this is the best performance he’s given on screen.” The Queens native has previously had roles in hit STARZ drama, Power, which he also executively produced, along with Den of Thieves, and Get Rich or Die Tryin’, a “biopic” (of sorts) that was inspired by 50 Cent’s own life. Pinnock declared that “he was a gentleman, a professional [who] came prepared… there was no entourage, no nothing; he was in my house.” It was then that Tigger and the crew burst into a fit of laughter. Quickly, Pinnock made it known that there’s “a lot of mutual respect, a lot of support and love” between the two.

A hot topic, lately, has been British actors “taking over” American roles. When the question was posed to the London native, he simply had this to say: “There’s a problem with diversity within the industry. So why then create a problem within the pool where there’s a problem? It doesn’t make sense to me.” Judas and the Black Messiah star, Daniel Kaluuya has, most recently, received backlash as a British actor tackling American roles in both his most recent role as Black Panther chairman, Fred Hampton, and in his breakout role in Jordan Peele’s Get Out.

Dive into the full interview with Nicholas Pinnock and The Morning Culture above.