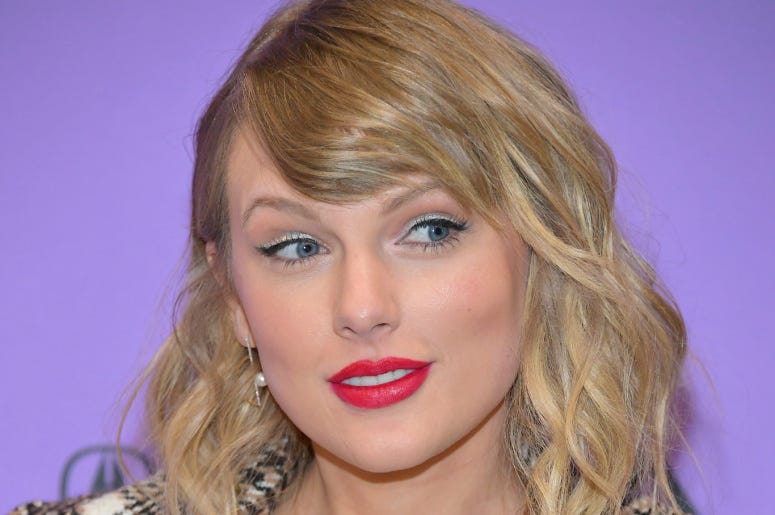 Another day, another surprise release from Taylor Swift.

The singer, who in 2019 announced her intention to re-record all her old albums, will soon release the first installment in that series, titled Fearless (Taylor's Version).

"I’m so excited to share with you that tonight at midnight, I'm putting out my version of my song 'Love Story' which was originally on my album Fearless," said Taylor in a video that aired on ABC's Good Morning America Thursday.  "I’ve now finished recording all of Fearless which will be coming out soon."

The never-released songs, six in all, were written by Taylor between the ages of 16 and 18.

Taylor originally previewed a snippet of the new version of "Love Story" in that viral '2020' commercial for Match in December.

Fearless, originally released in 2008, won the GRAMMY for Album of the Year.

Taylor also posted the news on her socials, writing, "This process has been more fulfilling and emotional than I could've imagined... I hope you like this first outing as much as I liked traveling back in time to recreate it."

In her lengthy message, she capitalized certain letters, which seem to spell out a secret message saying that the album will be out April 9 -- but judge for yourself.

I’m thrilled to tell you that my new version of Fearless (Taylor’s Version) is done and will be with you soon. It has 26 songs including 6 never before released songs from the vault. Love Story (Taylor’s Version) will be out tonight. Pre-order now at https://t.co/NqBDS6cGFl 💛💛 pic.twitter.com/Vjyy2gA72O