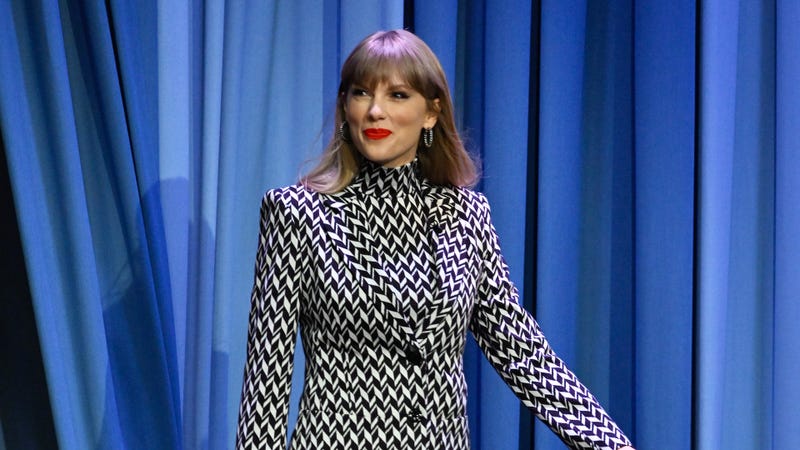 On the heels of releasing her 10th studio album, Midnights, the 32-year-old is enjoying the fruits of her labor, (and intrusive, middle-of-the-night thoughts) with record-breaking success.

Swift has officially hit #1 on the Billboard 200 album chart with the biggest first-week sales for an album in almost seven years. With 1.578 million equivalent album units sold, she’s the first to even near Adele’s 3.5 million unit record with 25 in 2015. WOW!

Midnights marks Taylor's 11th number-one album, which officially ties her for the most chart-toppers among female artists with Barbra Streisand. Swift and Streisand are 2 of six overall artists who have reached the milestone of more than 10 number-one albums since 1956, when the chart started. The other artists to reach the milestone are The Beatles  with a whopping 19 #1 albums, JAY-Z with 14, and Drake and Bruce Springsteen who have 11 alongside Streisand and Swift.

Most-recently, Swift has made history as the first artist to occupy the entire Top 10 on Billboard Hot 100, that includes her new single, “Anti-Hero,” at #1. She surpasses Drake, who occupied nine of the Hot 100’s top 10 in September 2021.

In addition to the 10 songs occupying the top 10, the other half of the album is also on the chart which means every single song from Midnights and Midnights (3am Edition) are currently on the charts.

With all the accomplishments listed above, it’s no surprise Midnights is the top-selling album of 2022 and as a bonus, has been the largest week for vinyl record sales since 1991.

The project is Taylor’s fifth album to sell at least a million copies in one single week. Those five albums are Midnights, Speak Now, Red, 1989 and Reputation. She is the only artists ever to reach that milestone.