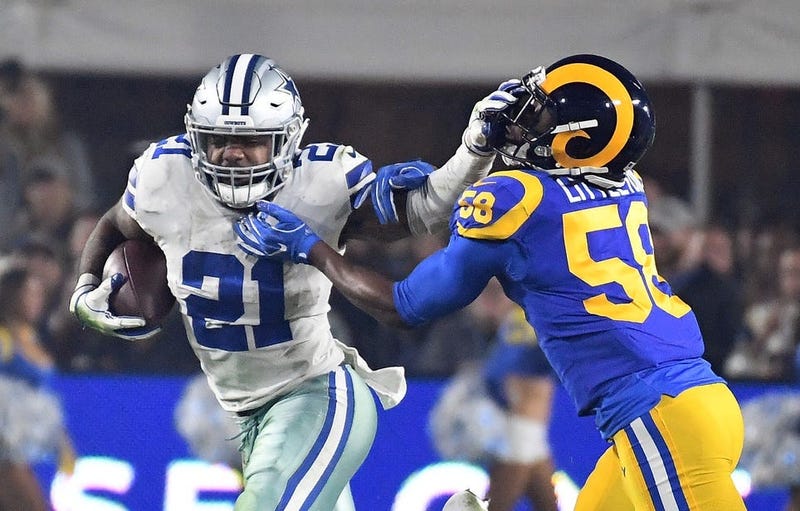 DALLAS (105.3 The Fan) - The National Fantasy Football Convention is no more, but the creators of the event have bigger plans.

Tony Romo, Ezekiel Elliott and the creators of the NFFC have upgraded the event into SportsCon, a convention that will bring athletes and fans of all sports together for one big event right here in North Texas.

“After listening to fans, attendees, players, and sponsors, it was clear that everyone wanted more. They wanted more sports, more players, more companies and even more access. We really had no choice but to expand in a major way,” said SportsCon CEO, Andy Alberth. “We’re humbled by our past successes and we’re motivated to provide fans a once-in-a-lifetime opportunity to get up-close and personal with their favorite athletes from all sports.”

SportsCon will bring in more than 150 professional athletes for the event. Some of the athletes already scheduled to appear (subject to change) include Elliott, Todd Gurley, Melvin Gordon, Delino Deshields, and Randy Couture.

“There is no doubt that we were inspired by the success of Comic-Con and we wanted to create something similar for sports fans of the world, instead of meeting your favorite superheroes, you get to meet your favorite sports heroes,” added Alberth. “With our continued partnerships with all four branches of the military, some of the largest companies in the world and professional athletes, we’re excited to show our attendees that there is nothing quite like SportsCon.”

Tickets for the convention are on sale now.