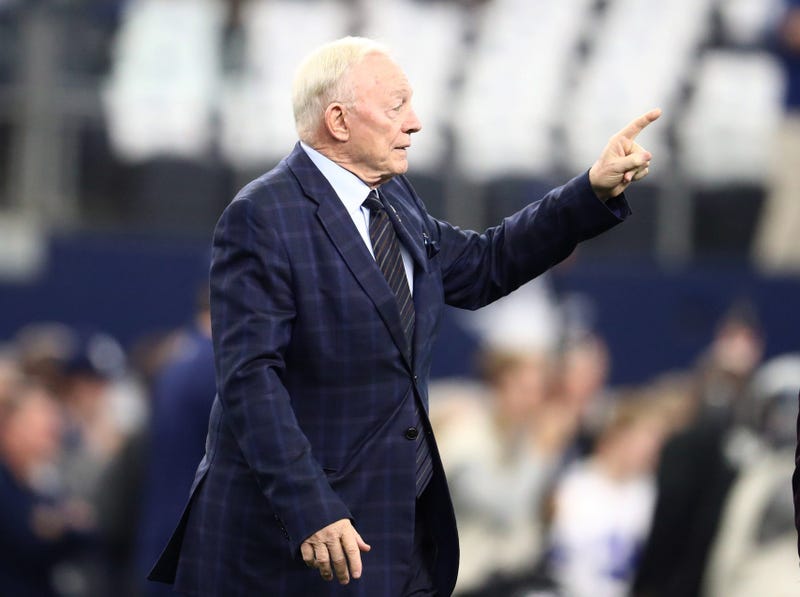 DALLAS (105.3 THE FAN) - With the season just ending for the Dallas Cowboys, many have speculated about the future of head coach Jason Garrett.

But team owner Jerry Jones, who continues to refuse to talk about any changes to his staff, believes that if Garrett was on the market, he would have several offers waiting for him.

“I like the direction we’re going in. I don’t have any comments this morning about extensions, because my options are open" said Jones on his weekly Fan radio show with Shan & RJ. "Nobody knows, because I don’t know this morning, and I’m the last say."

Even after getting knocked out of the playoffs, Jones still seems to have faith in his head coach.

"If Jason Garrett had been out on the market two weeks ago, he would’ve had five offers for head coaching. I know that” said Jones.

With many fans blaming and wanting to get rid of coach Scott Linehan, Jones replied, "Why would I put some sort of  statement out when we might have an opportunity? This is the time when things need to be chewed on."

While Jones would not say anything official about staffing, because he "reserves the right" to change his mind, he did say there could be player changes next year.

"This is a very talented group and I think we can get better" said Jones. "We might lose some players that our fans may have a concern about, but in general, we can upgrade from players getting better."