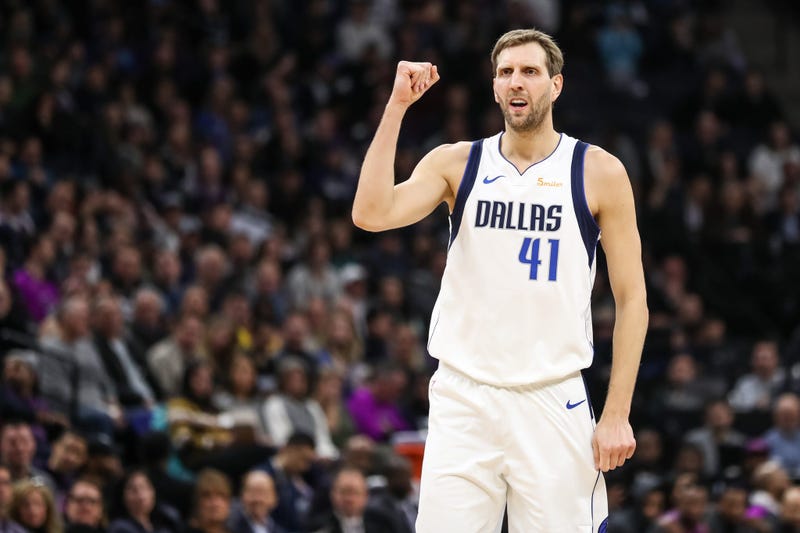 DALLAS (105.3 The Fan) - Mark Cuban seemingly confirmed the fears of Dallas Mavericks' fans Monday when discussing Dirk Nowitzki's future with the Ben and Skin Show on 105.3 The Fan.

During a conversation about the trade that landed the Mavericks Kristaps Porzingis, Cuban was asked if it was starting to feel like a goodbye tour for Nowitzki?

"Yeah, it is," Cuban interjected.

Jeff "Skin" Wade continued with his question and asked what Cuban thought Dirk would want to do moving forward.

"We haven't discussed it. He's trying to decide if he's going to take some time off or not," Cuban said. "But he can do whatever he wants. He's earned it. I don't care. Whatever he wants to do, Dirk can do ... the answer's yes."

Nowitzki has yet to confirm if this season (his 21st) will, in fact, be his last in the NBA. He's received rousing ovations every time he's entered the game on the road, leading many to speculate that this season is his swan song.

Just last week, Commissioner Adam Silver added Nowitzki and Dwyane Wade to the All-Star Game as special roster additions for their contributions to the game.