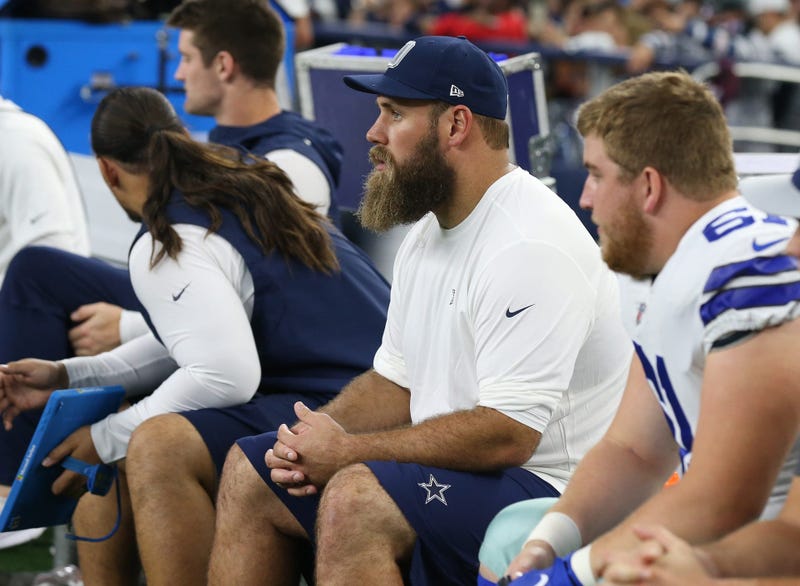 ARLINGTON (105.3 The Fan) - Dallas Cowboys center Travis Frederick is locked into injured reserve for the rest this NFL season, of course, but the perennial Pro Bowl tells me he's locked into returning to the field in 2019.

"I've been in the weight room for a while, and lifting, and moving well,'' Frederick told me on the eve of his team preparing to host Saturday's NFL playoff game against the Seattle Seahawks. "I feel really good about next season.''

Frederick did not play a game this season after being diagnosed with Guillain-Barre Syndrome back in August. The autoimmune disease weakens the muscles by affecting the nervous system, and it impacted him enough that he was moved to IR in October and then ruled out for a return later in the year.

"I could probably play one or two snaps right now,'' Frederick told me, half-joking because in fact, his weight-room strength has returned to a fairly high level and his coordination is coming back as well. "But due to the endurance issue, that'd be about it.''

Frederick remained on the Cowboys' 53-man roster through October with him and the team holding out hope that he would return to the field earlier than anticipated. He'd initially lost a great deal of feeling in his extremities, and back in training camp began experience problems that led to the diagnosis of the rare ailment.

There is still no official timetable for Frederick's return, but he remains happy and relieved that, "the illness was detected at a fairly early stage.'' And now, with the good news from the weight room and the controllable good news regarding conditioning, we can start to forecast a timetable.

"What we don't know is what my ceiling might be,'' said Frederick, 27, started all 16 games in each of his five seasons since joining Dallas in 2013 as a first-rounder and is a four-time Pro Bowler. "But we know we're heading in a good direction.''