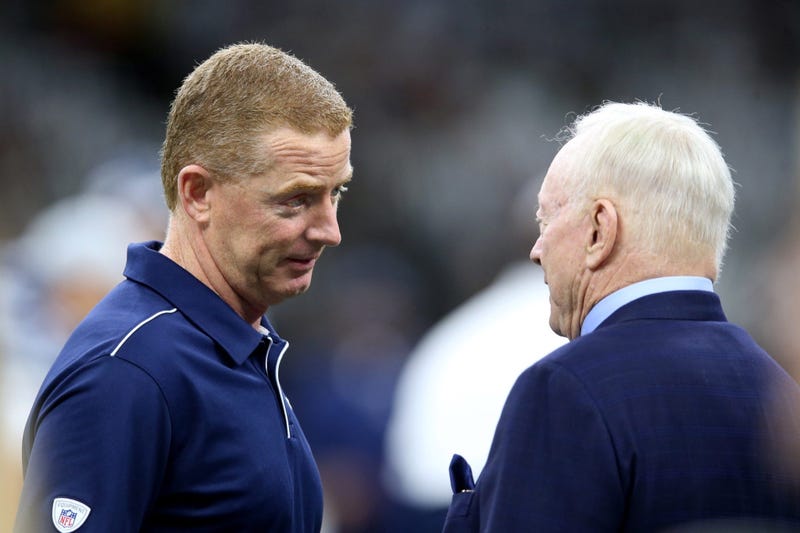 DALLAS (105.3 The Fan) - Though the Cowboys have begun to interview candidates to replace him, a report from Fox Sports Insider Jay Glazer has indicated that Jason Garrett continues to lobby with Cowboys decision-makers to retain his title as head coach.

.@JayGlazer reported on @NFLonFOX that Jason Garrett continues to lobby to be the Dallas Cowboys head coach.Glazer added that things went so well with Mike McCarthy that he stayed an extra day in Dallas. pic.twitter.com/8XMMHtbA97

Garrett, who is still technically the head coach until either he is let go by the franchise, or his contract expires of the 14th of January, previously indictated to Mike Fisher and Shan Shariff on 105.3 the Fan that he "absolutely" wants to remain in Dallas as the head coach.

Glazer's report, however, seems to imply that Garrett is unwilling to personally accept a decision the Joneses have already made regarding his future, a decision that has been made clear by their willingness to interview other candidates for the position.

Given Garrett's character and history, it seems more plausible that Garrett simply wishes for the Joneses to keep his name in consideration for the position as they conduct what will likely be a lengthy and exhaustive search for the next head coach.

Having already interviewed veteran NFL coaches Mike McCarthy and Marvin Lewis, and being reported to at least be "taking the temperature" of Oklahoma Sooner head coach Lincoln Riley, Dallas already seems pretty far down the road in that search.

Glazer also indicated in his report that things went well enough with McCarthy, that he is spending an extra day in the DFW while the Cowboys continue to conduct the search.

As the playoffs continue, and participating teams with viable candidates seasons start to come to an end, however, the Cowboys' interview list will surely continue to grow in number.