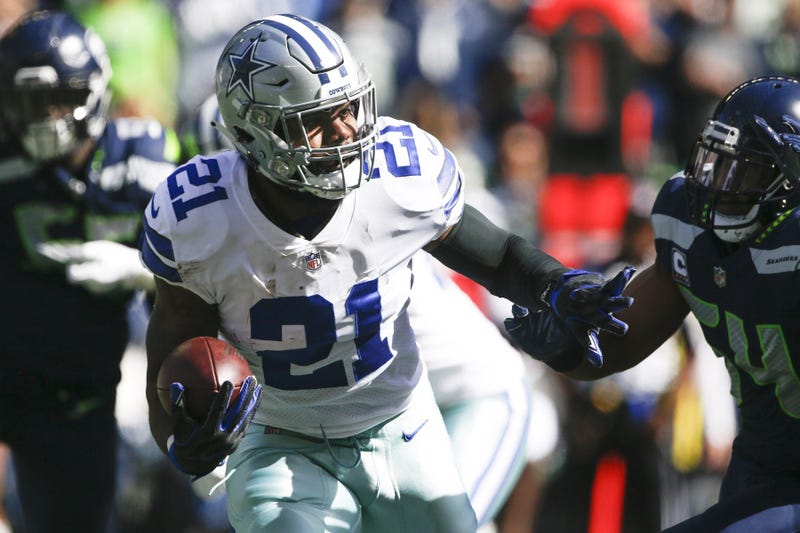 On Tuesday, Dallas Cowboys running back Ezekiel Elliott told our very own Mike Fisher he is ready for Saturday’s Wild Card game against the Seattle Seahawks (7:15pm kickoff … shameless plug alert … right here on 105.3 The Fan).

.@EzekielElliott says his body usually so beat up that it takes til Friday to feel ready. But now? #Cowboys RB is fresh AND ‘I live you these moments. I love it. I can’t wait to go out there and compete Saturday night. I think this team is ready.’ - @NFL_Cowboys247 pic.twitter.com/s1b7uQDkGX

“Normally after a real game I’m not feeling ready to play until about Friday, Saturday,” he said, “but I’m ready to go right now.”

But I have even better news; it is not Elliott’s statement to kick off the new year, but the work he put in over the past four months that make the Cowboys’ triumph a statistical certainty Saturday night.

Consider this, the third-year Dallas back ran for 1,434 yards in the regular season, which was good enough to give him a second NFL rushing crown. That is the seventh time a Cowboys rusher has topped the yardage chart with Emmitt Smith doing so in 1991, 92, 93 and 95; DeMarco Murray grabbing his crown in 2014 and Elliott doing the same as a rookie in 2016.

“The Cowboys won the Super Bowl all of those years,” my co-host Cory Mageors jokingly … I hope … said on Monday.

No! We all know that isn’t right.

However, the Cowboys did win the Super Bowl in three of those years and more importantly, at least as far as this weekend is concerned, Dallas advanced to at least the divisional rounds in each of those seasons. Sure, the naysayers may point out that in most of those campaigns, the team had a bye directly into the divisional round – I say, don’t let that minor detail slow ya down and instead focus on this … prior to this season, the Cowboys had six rushing champs and were in the divisional round of the postseason all six corresponding years.

Numbers never lie and neither do I, so on Saturday night - history says we’ll reach lucky No. 7! Bring on New Orleans … or maybe Los Angeles.