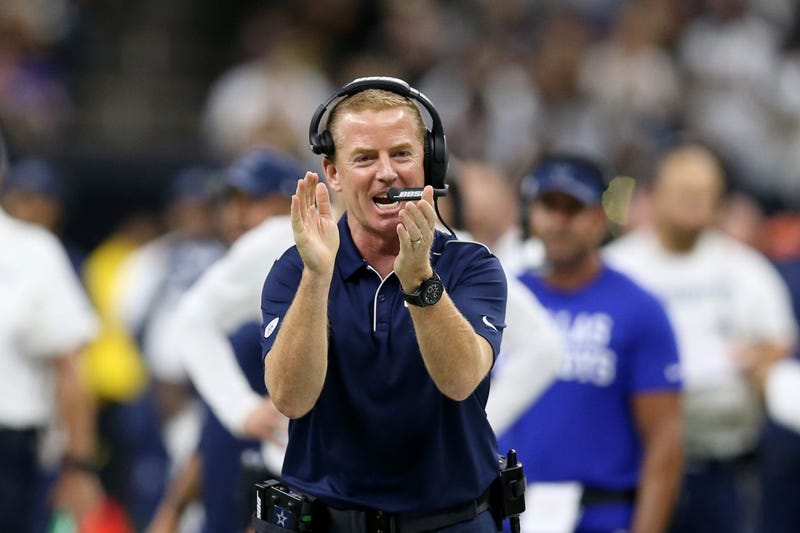 First loss of the season and there are plenty of rationales for why.

Big picture, they haven’t played any good teams and now the offense has come back down to earth.

Details, they approached and managed this game poorly.

Any argument can be deemed valid, but there were some moments that really crushed them.

My numbers are unofficial but I saw 12 first down runs vs 6 first down passes. The offense was never really capable of posting gashing runs either so it seems as though that function wasn’t working.

The Cowboys have been claimed as a pick our poison team where they can beat you with either the run or the pass and Sunday night they looked more reliant on the pass than ever before and they didn’t convert there either.

I counted 6 total play action plays and that is something that could have bought the Cowboys more opportunity to create space for their receivers, but they didn’t use it much at all.

I feel like the Cowboys also didn’t use the screen play which is a way to get the ball into their back’s hands effectively and take advantage of an aggressive pass rush.

I haven’t seen the All-22 yet, which will help me get a better understanding of what problems the safeties were posing to Dak and the offense, but up front they were around the quarterback. I counted pressure on 37.5 percent of Dak’s drop backs, which were limited.

They also forced two critical turnovers in the first half that could have been the difference in the game. More on that later.

The Cowboys used to be pretty good at using time of possession to keep explosive offenses off the field, and the Saints did just that. They held the ball for 12 minutes more than the Cowboys for the game, that’s almost an entire quarter of action stripped from the Cowboys offense. The Saints didn’t score a touchdown but by limiting the number of possessions the Cowboys had, they gave themselves an advantage.

The Saints took advantage of the Cowboys aggressiveness with screens, draws and sharp passes to underneath. By keep drives alive and the ball in between the sidelines, the Saints kept the ball out of the Cowboys playmakers hands.

Jason Witten has nine career fumbles, and has eight seasons of his Hall of Fame Career where he had exactly ZERO fumbles. That is very uncharacteristic of Witten and it couldn’t have happened at a worse time. The team was starting to get into a bit of a rhythm and bam, they don’t have the ball anymore. That play alone could have begun putting the Saints on their heels.

Zeke has 13 fumbles in his career, for a guy that has touched the ball 1,087 times he’s only fumbled three percent of his touches.

However, his fumble Sunday night came at a time when the Cowboys were driving to put themselves up in the first half.

Again, they were finding a rhythm, and a turnover completely stifled any chance to keep moving while also essentially striking unanswerable points from the board.

Listen to the K&C Masterpiece weeknights on 105.3 The FAN and follow me @inthemageors on Twitter and the show @kandc1053