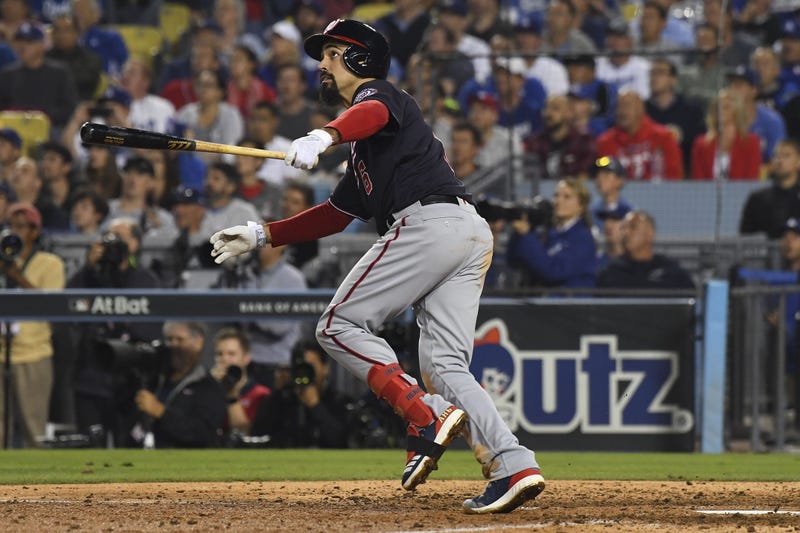 DALLAS (105.3 The Fan) - Heading into their brand new stadium in the upcoming 2020 season, the Texas Rangers entered this offseason looking to make some noise on the free-agent market, having been connected with varying degrees to names like Josh Donaldson, Gerrit Cole, and Zack Wheeler, among others.

Now, according to a report from Bob Nightengale of USA Today Sports, the Rangers may have emerged as favorites to sign a player who could arguably be considered the best position player available on the market in coveted free agent third baseman, Anthony Rendon.

Several executives during the GM meetings insisted that the Texas #Rangers are the favorites to land free-agent third baseman Anthony Rendon, and on Sunday, he met for the first time with the Rangers' contingent in his hometown of Houston, per @Evan_P_Grant

In a seperate report from Evan Grant the Dallas Morning News, Rendon is said to have already had a face-to-face meeting with the Rangers on Sunday in Houston, led by General Manager Jon Daniels and a contingent of Rangers officals.

Rendon's agent, Scott Boras, is also said to have been in attendance at this meeting as well, though there was reportedly no official contract offer made during the meeting.