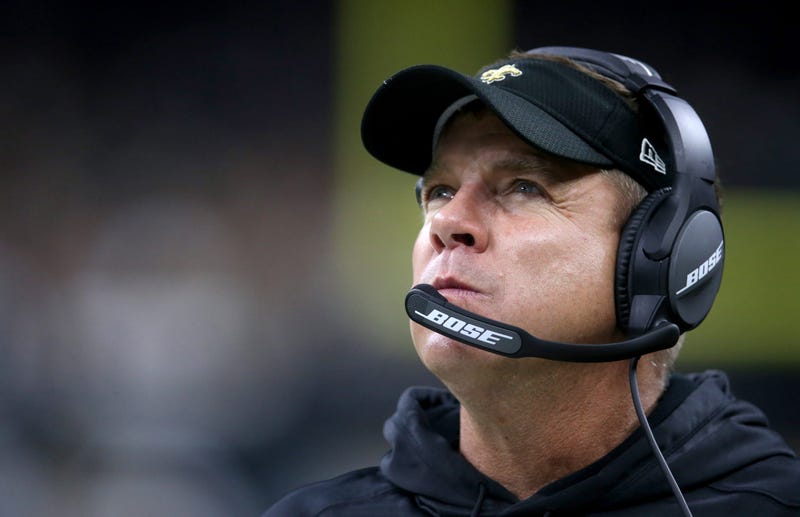 By Josh Clark and Mike Fisher

DALLAS (105.3 The Fan) - Jerry Jones has always had an affinity for New Orleans Saints head coach Sean Payton and 105.3 The Fan has pointed it out on several occasions in the past year, dating back to February 2018 when we suggested that whenever Jason Garrett runs out of gas here, Payton would be a leading candidate to be his successor.

So, when Mike Florio of Pro Football Talk wrote an article Wednesday about the idea that the Cowboys could possibly be waiting to commit to Jason Garrett and his coaching staff because they want to see if Payton becomes available, it catches our attention — well, “re-catches,” actually, inasmuch as we’re the first ones to have brought it to anybody’s attention at all.

Florio notes accurately that Payton has neither said nor done anything publicly to suggest an inclination to leave the Saints. However, Florio advises to never discount Jones when he has his eyes on making a big move.

That leads us to what we at 105.3 The Fan know about Sean Payton when it relates to the Cowboys. ... Things that we’ve always known, that our audience has always known, and that maybe the national audience is just now.

A friendly reminder to #CowboysNation that the idea of Sean Payton leaving the #Saints to take over the #Cowboys is ... not new. https://t.co/DhRRUevz6L

How about a word from our man and DallasCowboys.com analyst and scout Bryan Broaddus?

Broaddus, a former co-worker of Payton’s in Philadelphia and Dallas, confirmed Payton's fondness for the Jones family and the Cowboys in his weekly appearance with Shan and RJ on 105.3 The Fan.

"He understands what the (Cowboys) organization means in the grand scheme of things. Sean (Payton) told me one time, ‘You coach this team (the Cowboys), they know your name in China. Here, I coach the Saints and they know my name in Tampa, Florida and in Atlanta, Georgia,'" Broaddus said on The Fan. "But this is really the world's biggest stage. And that's the thing, you always want that big opportunity. He's adamant about the support the Jones' give. This guy (Jerry) would pour his last dime into trying to make this football team good if he could.

"I think there's a mutual respect between Jerry, Stephen Jones and Sean Payton and where they're trying to get. If that opportunity becomes available, I think Jerry will do everything he can to make sure he has the right opportunity for the right guy. If Sean Payton does become available I think it will be under consideration by the Jones family."

The “how’s” are a story for another day. So are more of the “why’s.” We will address those in the coming days, providing you with Cowboys scoops today ... that become national news tomorrow.