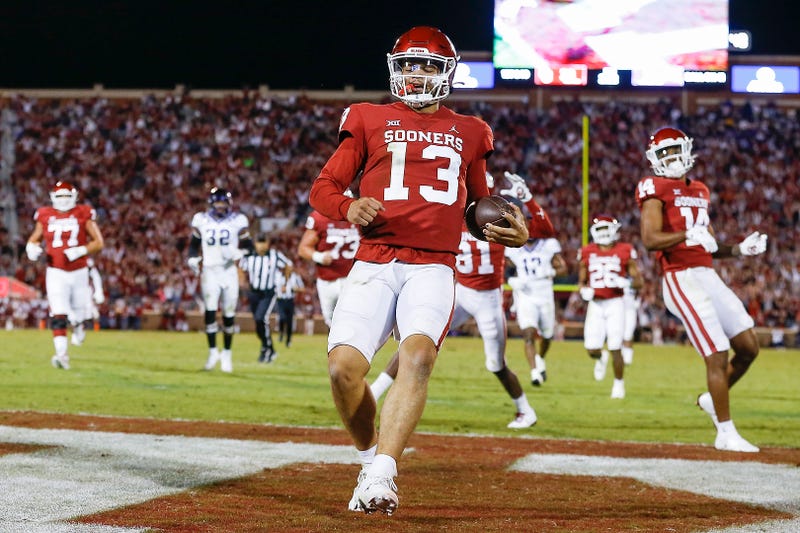 NORMAN, Okla. (AP) — Caleb Williams had a big starting debut for No. 4 Oklahoma, throwing for 295 yards and four touchdowns and running for another score in the Sooners’ 52-31 victory over TCU on Saturday night.

The freshman from Washington, D.C., unseated Spencer Rattler as the starter after leading a comeback victory over Texas last week in Dallas. He started fast against TCU with an opening 75-yard touchdown drive that took just under three minutes.

Williams didn’t learn he was Oklahoma’s starter until midweek. Riley said he was ready to play either of his former blue-chip quarterbacks, if necessary, against TCU.

“Caleb got the opportunity tonight, and obviously did a great job with it,” Riley said. “I’m confident that had Spencer gotten the opportunity tonight with the way he practiced, he would’ve played very well also. Thought the room handled it great. Proud of those guys for a winning effort and being team-first guys.”

Williams was 18 of 23 and ran for 66 yards on nine carries. He had a 41-yard scoring run, juking a defender at the line of scrimmage and taking off.

Oklahoma (7-0, 4-0 Big 12) began to pull away from TCU with three consecutive touchdown drives to open the third quarter, including two touchdown connections between Williams and receiver Jadon Haselwood.

Haselwood finished with 56 yards on a team-leading six catches