CeeDee Lamb’s NFL.com profile lists him at 6’2” and 197 pounds. According to the Cowboys receiver, those numbers need to be updated.

Cowboys WR CeeDee Lamb said he grew half an inch and gained 10 pounds of muscle this offseason.

On if he’s ready to take over as the team’s No. 1 WR: “I’ve been ready. That’s just me and my competitiveness. That’s in my nature. I’m always ready for my name to be called.” pic.twitter.com/iZg3WI8krm

Lamb putting on 10 pounds of muscle, though admirable and a testament to the 23-year-old’s work ethic, is not exactly groundbreaking. But shooting up a half-inch in the four-month span between the Cowboys’ season-ending loss to San Francisco and the start of OTAs? Now that’s impressive.

While getting taller post-puberty is a rare occurrence (most males reach their adult height by 16), that science clearly doesn’t apply to Lamb, who apparently is still adding to his 6’2.5” frame. What Lamb’s unusual growth spurt means for his development as a player is anyone’s guess, though the extra centimeter certainly can’t hurt.

Coming off a breakout 2021 that saw him lead the team in both catches (79) and receiving yards (1,102), Lamb should see even more opportunities following the departure of Amari Cooper, who the Cowboys traded to Cleveland earlier this offseason. 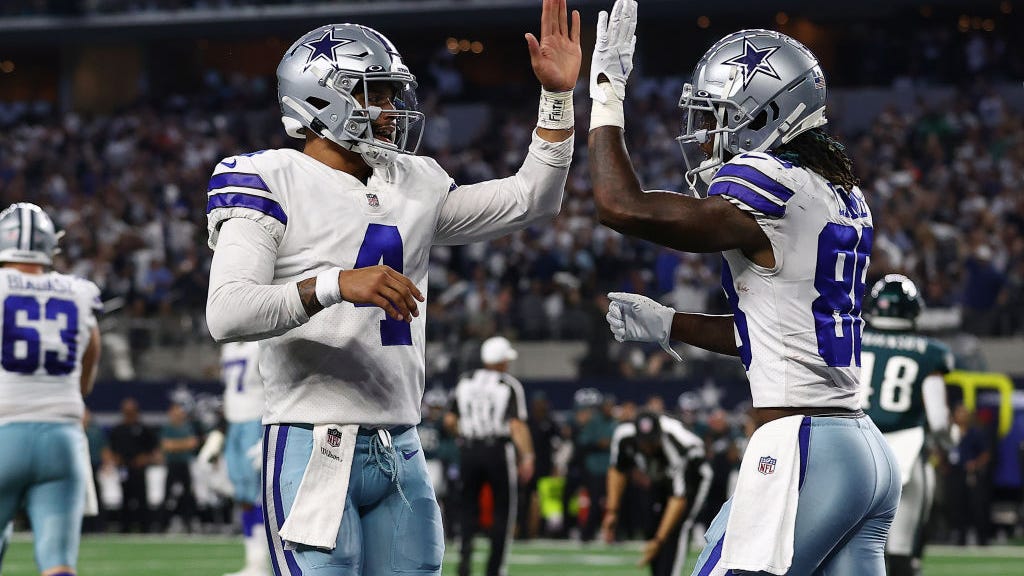