The Cowboys had their first practice of the week on Wednesday ahead of their Wild Card round match-up against the 49ers. The team is still in COVID protocols, which means media was not allowed at the facility.

We did, however, get a practice report from the team, and were able to
speak to players virtually.

Here are a few notes from Wednesday.

Aside from Jayron Kearse, who is on the COVID list, and Nahshon Wright, who
missed practice due to personal reasons, the Cowboys had near-perfect
attendance at practice.

Here is the practice pool report that Cowboys PR distributed:

- The Cowboys practiced on the outdoor practice fields at The Star (during
the portion that would normally be open to media), wearing shorts,
helmets and shells.

- The entire roster and practice squad was present at practice. The Cowboys
quarterbacks and specialists were not outdoors during the viewing portion,
but they were practicing on the team’s indoor practice field. The Cowboys
moved Will Grier to injured reserve on Monday, so Dak Prescott, Cooper
Rush and Ben DiNucci are the only three quarterbacks on the full roster.

- Keanu Neal and Tyler Coyle, who both exited Saturday’s game in
Philadelphia with injuries, both took part in practice.

- Tony Pollard and Blake Jarwin both did rehab work with athletic trainer
Britt Brown during the early part of practice, as has been their routine in
recent weeks. Pollard missed last week’s game against the Eagles but was
participating in the individual portions of practice.

- Rookie offensive tackle Josh Ball, who came off the Reserve/COVID list
today but reverted back to the Reserve/Injured-Designated for Return list,
took part in practice. 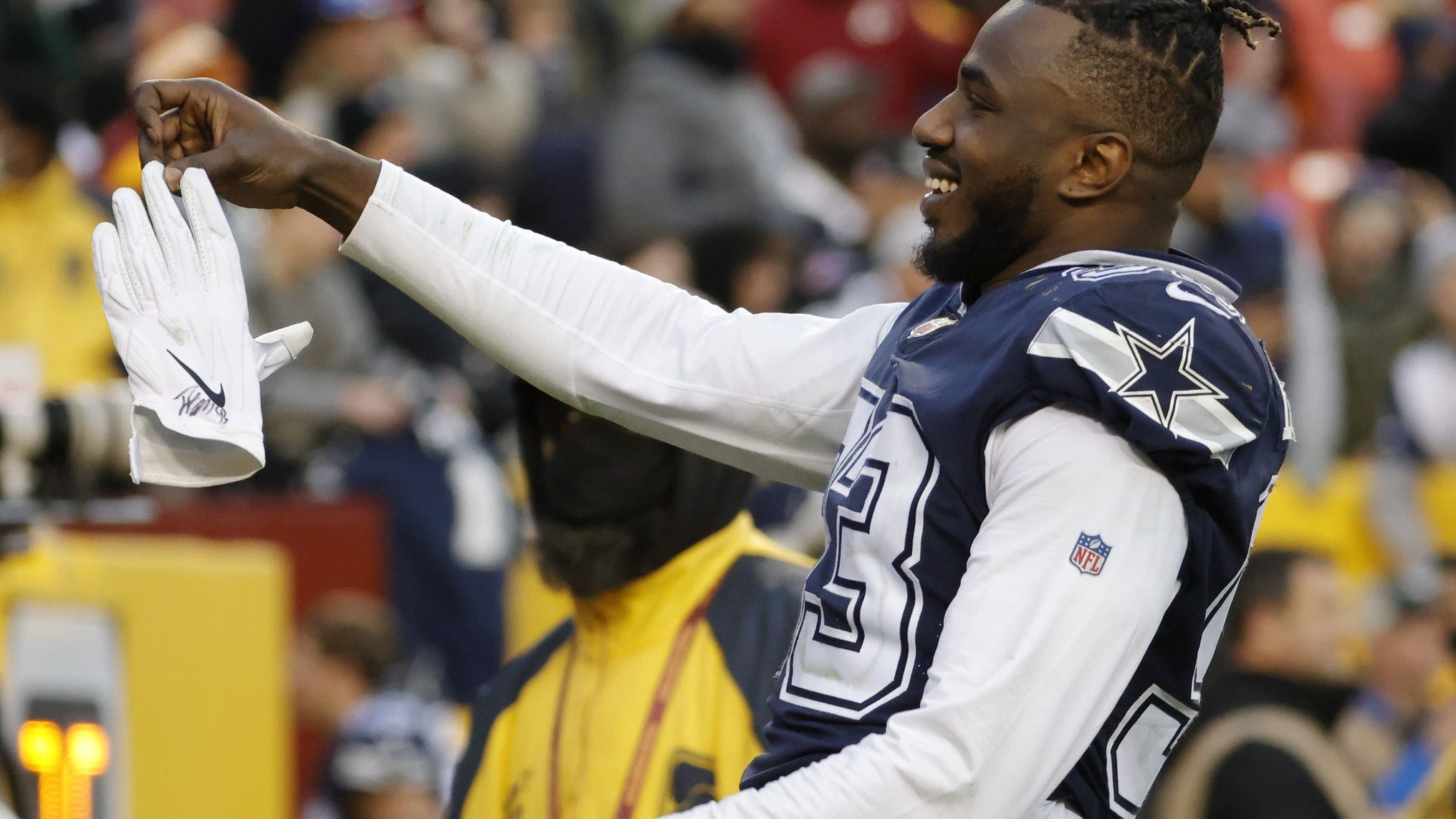 Ezekiel Elliott told reporters on Wednesday that his knee, which has limited him for much of the second half of the season, is finally getting closer to full strength.

“Knee feels solid,” Elliott said. “Not really getting any stiffness out of it anymore.”

Elliott said that even though his knee has improved, he plans to continue wearing a brace.

“I’ve felt good in it up until this point, so not gonna switch it up going into this
game, or hopefully the rest of the playoffs.”

There’s been a lot of discussion about the physicality that the 49ers play with, and how that might present some challenges to the Cowboys defense. Does Micah Parsons think they’ll be ready?

“We don’t got a choice but to be ready,” Parsons said. “I don’t think nobody’s
gonna hand their equipment in and say, ‘hey, we can’t beat the 49ers, let’s go
home.’ Nah. We’re gonna knuckle up and focus in on the details.”

Parsons says the way to counteract San Francisco’s physicality is to push right back.

“There’s a bully in every gym, there’s a bully everywhere you go, but at one point it’s just going to have to take someone to stand up and fight.”

Sunday’s game will have an additional kid-friendly broadcast on Nickelodeon. So will any of the players be willing to be slimed if they win?

“That’s fine,” CeeDee Lamb said, before immediately changing his mind. “Ah, no I won’t. No, I changed my mind. I guess that’s a game-time decision.”

Ezekiel Elliott said he’d be willing to do it, and Micah Parsons was pretty enthusiastic about the idea.

“Yeah, I’d be willing to get slimed,” Parsons said. “I was a big Nickelodeon, Disney guy back in the day.”

Parsons added that he and his son are big fans of SpongeBob SquarePants, so he’d like to do it for him.