DALLAS (105.3 the Fan) - The Dallas Mavericks have had an up and down 2021 season through the first 30 games, playing one of the hardest schedules in all of the NBA over that time.

On Wednesday afternoon, the second half of that schedule was revealed, with the Mavericks playing 14 of their final 38 games on national television. Four will be played on ESPN and three will be played on TNT, while one will air on ABC, and the final six will be broadcast on NBA TV.

The team’s longest homestand during the back half of the season is a five-game stretch against the Knicks, Kings, Pistons, and Lakers twice. Dallas' longest road trip is also five games, where they will face the Pelicans, Thunder, Celtics, Knicks, and Wizards on an east coast swing.

The Mavericks will not face the Hawks, Hornets, Bulls, Suns, or Magic on the final half, having already concluded the season series with those teams, but will face each of the Cavaliers, Pistons, Knicks, Kings, and Wizards for the first time this season.

Dallas will also make up three games that were postponed in the first half of the season, against the Rockets, Pistons, and Pelicans.

You can view the full schedule below. 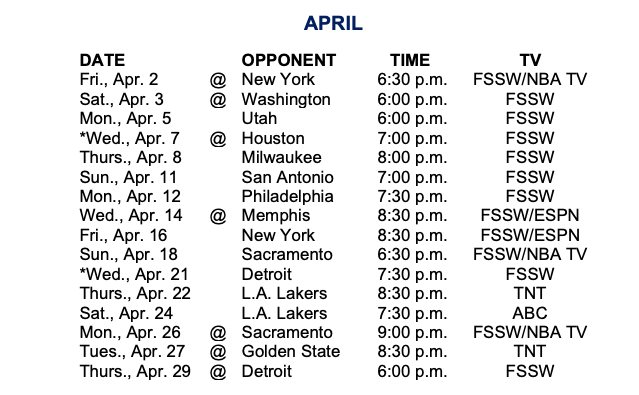 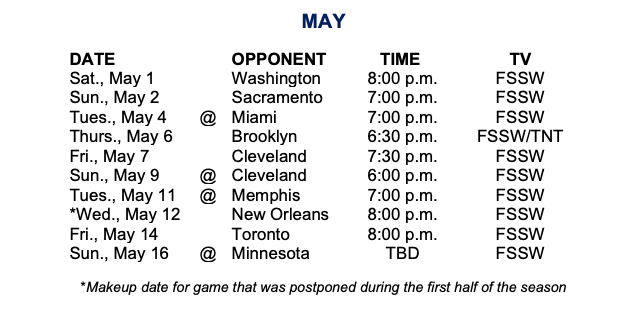