After the Warriors easily took the first game of the Western Conference Finals against the Dallas Mavericks, Draymond Green said playing against Luka Doncic is similar to playing another superstar player in the NBA.

On The Draymond Green Show, the four-time All-Star compared Doncic to LeBron James, saying the two share similarities in their ability to control and manipulate an offense.

“One of the main, glaring similarities that stick out at you is how those two guys can manipulate a defense, how those two guys can control the pace of a game,” Green said. “At their size, with their passing ability and the way they can put pressure on the rim and pressure on the defense, and with the vision that they have, they’re a lot alike. There’s not many people in this league that can control a game or control a tempo and a pace of a game like that.”

After many memorable series in the playoffs during the Warriors' dynasty, if there is anyone that knows what it's like to play against James, it would be Green.

Despite taking Game 1, the Warriors will still have their work cut out for them against the Mavs who scrapped their way through the playoffs against the Utah Jazz and an "upset" of the No. 1 seed Phoenix Suns. This postseason, Doncic is averaging 30.5 points, 9.8 rebounds, 6.4 assists, and 1.8 steals in 36 minutes per game.

One difference Green did point out between James and Doncic's games is the Mavs star's tendency to look to score first before passing the ball.

“Where I think they differ is, LeBron will take more transition opportunities, where Luka kind of doesn’t, unless it’s just a complete run-out,” Green said. “I also think Luka, as great of a passer as he is, and he loves to pass the basketball, I think Luka looks for his shot a little bit more than LeBron.” 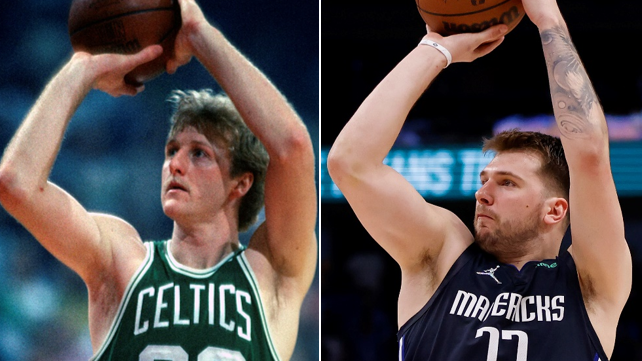