Though the Dan Quinn and Thomas Dimitroff era is over in Atlanta, and the new era got underway with a victory over the Vikings in Week 6, ghosts of past events are going to continue to haunt the franchise for years to come.

They don't even have to be ghosts that occur during a Falcons game, it appears. Instead, it was a traumatic score that appeared during Monday night's Cardinals-Cowboys matchup that brought up some bad memories for the Falcons. A Kyler Murray scamper on the goal line became the Cardinals' fourth touchdown of the night, putting them up 28-3 over Andy Dalton's Cowboys.

28-3... ring any bells? Of course it does. And the Falcons didn't need reminding.

You know who else probably doesn't need reminding? NBA Hall of Famer Charles Barkley, who lost a pretty hefty sum of money on that particular game. 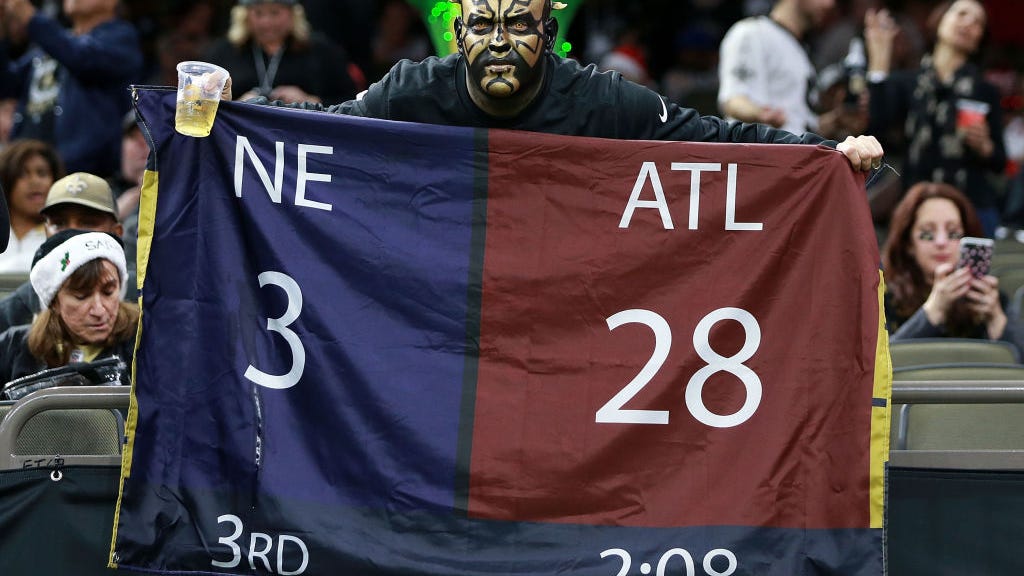 Cowboys kicker Greg Zuerlein had a chance to remove the oh-so-recognizable tally from the scoreboard with a 58-yard attempt, but came up short, leaving the Falcons to stare at that 28-3 figure for even longer. As of the writing of this article, the score remains 28-3... oof.

Another interesting interpretation of the tweet was pointed out below, referencing the devastating Week 2 loss the Falcons suffered to the Cowboys, though we think it's a bit of a stretch.

We have to commend Falcons Twitter for excellent content in recent days. Though we love the self-deprecation relating to the 28-3 comeback, the post-victory tweet this week was second-to-none — unless you're a Vikings fan, of course.