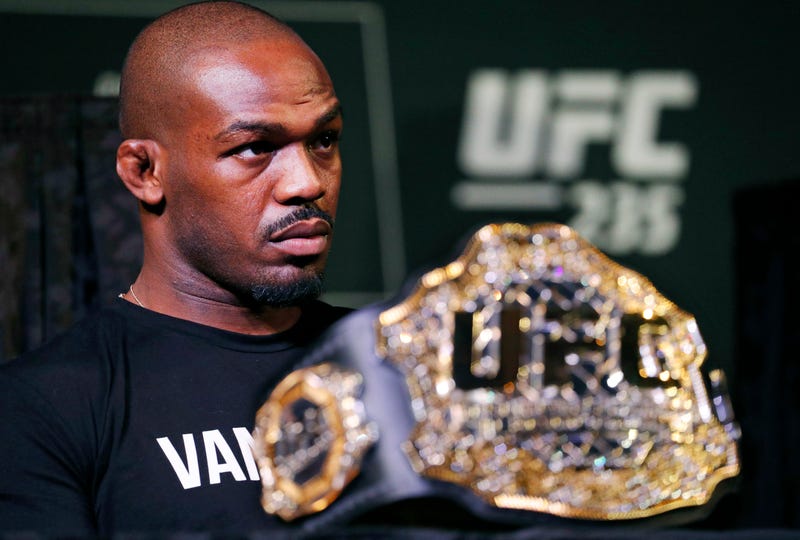 LAS VEGAS (AP) — Former UFC champion Jon Jones was jailed in Las Vegas early Friday after an incident at Caesars Palace that police said led to his arrest on charges of domestic battery and damaging a vehicle.

Details of the incident that led to Jones' 5:45 a.m. arrest at the Las Vegas Strip resort were not immediately made public by Las Vegas police.

Jail and court records showed Jonathan Dwight Jones, 34, posted $8,000 bail and was due for an initial court appearance Saturday, with an Oct. 26 date for prosecutors to file criminal charges. The domestic battery charge is a misdemeanor. The vehicle charge is a felony, with damage reported at more than $5,000.

It was not immediately clear if Jones had an attorney.

“JacksonWink Academy is aware of the allegations and is conducting its own review of the matter. It would be inappropriate to comment further at this time,” said James Hallinan, a spokesman for the Albuquerque, New Mexico, gym where Jones trained.

Jones lives in Albuquerque, but he attended a Thursday night UFC Hall of Fame induction ceremony at the Park MGM hotel honoring his 2013 fight with Alexander Gustafsson.

Jones (26-1, 1 no-contest) had three separate stints as the UFC’s light heavyweight champion from 2011 to 2020, and he is widely considered one of the greatest fighters in MMA history.

But his UFC career has been defined more by misbehavior outside the cage than his excellence in it.