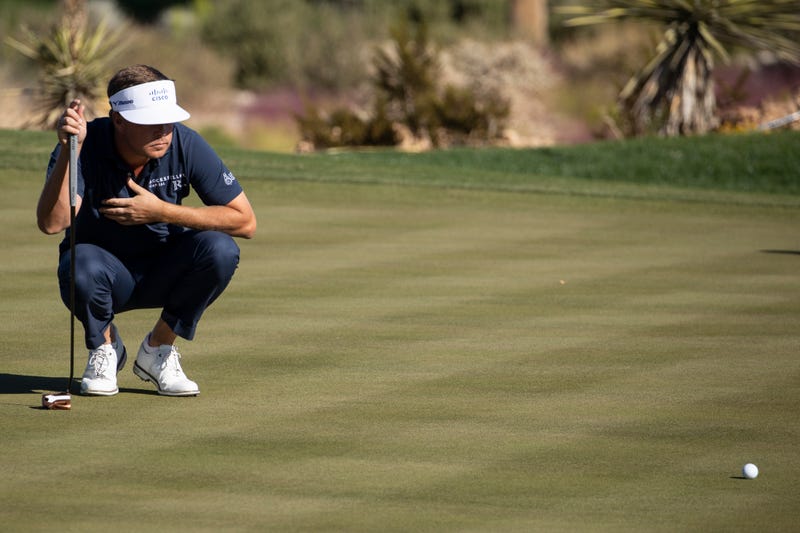 LAS VEGAS (AP) — Rory McIlroy was trying to illustrate how deep the talent pool is on the PGA Tour by sharing a story about how impressed he was with Keith Mitchell the first time they played together.

Mitchell is providing McIlroy and everyone else with plenty of more fodder through two rounds of the CJ Cup at Summit.

One day after matching his career low with a 62, Mitchell followed that with an 8-under 64 on Friday to build a five-shot shot lead going into the weekend at The Summit Club.

Jordan Spieth had eight birdies and an eagle to counter a few soft bogeys for a 65 and was tied for second along with Harry Higgs (67) and Seonghyeon Kim (63), one of eight South Korean players who will be in the second stage of Korn Ferry Tour qualifying next week.

Joining them was Adam Scott, who had two eagles on his last five holes and played his last seven holes in 8 under for a 63.

Mitchell was at 18-under 126, breaking by five shots his best 36-hole score on tour.

“I spent a lot of time in the last few days leading up to this tournament working hard on my game and it's showing,” said Mitchell, whose lone victory was in the Honda Classic two years ago