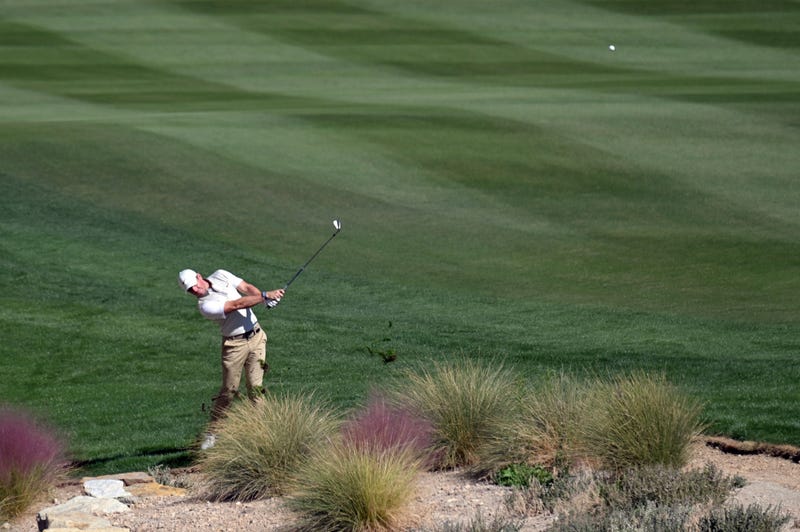 LAS VEGAS (AP) — Rickie Fowler couldn't remember the last time he saw his name at the top of the leaderboard on the weekend of the PGA Tour. He didn't forget what he was supposed to do from there.

Winless in 32 months, Fowler returned to the spotlight Saturday in the foothills above Las Vegas. He has a 9-under 63 — his lowest score in three years — and took a two-shot lead over Rory McIlroy going into the final round of the CJ Cup at Summit.

“I haven't been in this position a whole lot in the last couple years,” said Fowler, whose last victory was the 2019 Waste Management Phoenix Open. “So to feel the emotions again on the back nine, being around and then in the lead, it was great to see that I was still executing and hitting he shots that I wanted to.”

His best chance to end a slump won't be an easy one.

The Summit Club has been yielding low scores all week and a wild change in scores is not unusual. Keith Mitchell started with a five-shot lead. All it took was two bad swings into the desert for double bogeys and he ended the round with a 73 and a four-shot deficit.