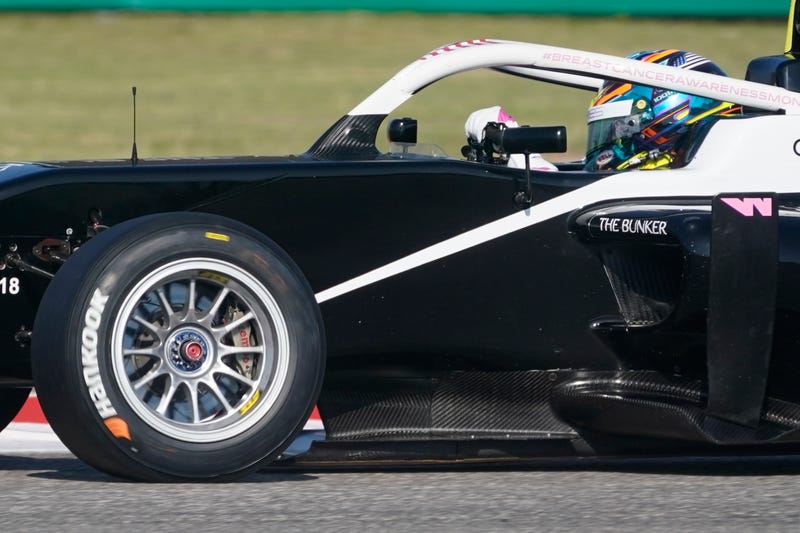 AUSTIN, Texas (AP) — Catherine Bond Muir has heard the critics complain that the W Series racing league she created wasn't boosting female drivers but segregating them from the best competition.

Here is what she sees: Young drivers in aggressive, wheel-to-wheel racing, crashing and restarting and getting more time in the cockpit in front of bigger crowds than they might have ever had before.

And that, she says, was and is the plan behind the W Series that hits American soil for the first time this weekend as part of Formula One's U.S. Grand Prix weekend in Texas. The W Series concludes its second season on the track — the pandemic wiped out the 2020 season — with races Saturday and Sunday at the Circuit of the Americas.

Gaining a foothold in the U.S. is critical to the future of a series she hopes will support and develop women for a long time.

“Our most important territory is the U.S.,” Bond Muir said. “America, beyond any other country, has a history of being supportive of women's sport."

The W Series was hatched over a glass of wine in London, where Bond Muir was retired from a career in finance, and a conversation about the lack of opportunity for women in Formula One, often viewed as the playground of billionaire men.

“They professionalized the sport for women overnight,” said W Series driver Jamie Chadwick of Britain, the 2019 champion who after six races is tied for the lead thi