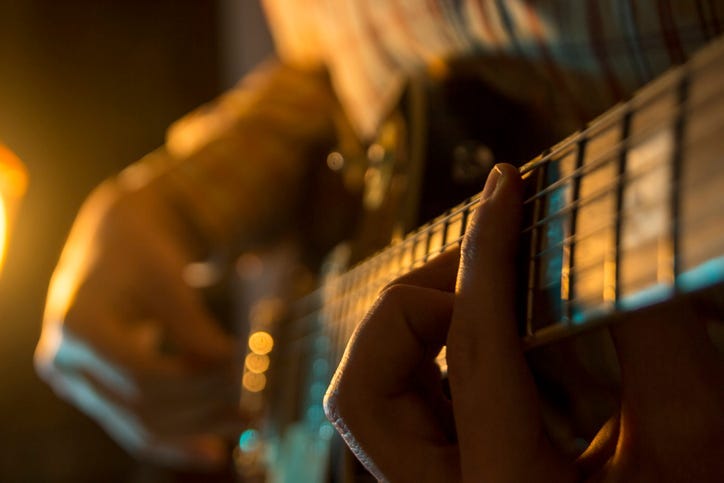 So much talent here in Madison! Hope you dug these tunes everybody.

"All My Loving" by Joel Paterson. Now in Chicago, Joel' has a new album called  "Let It Be Guitar" that features amazing instrumental Beatles' covers. The album starts out with this song, which is also the first song the Beatles played on their first Ed Sullivan Show appearance 2/9/1964.

"You've Got To Believe" by Harmonious Wail. See them at Midwestern Gypsy Swing Fest at the Brink Lounge Saturday night.

"Self-Control" by Armchair Boogie. They open for the Infamous Stringdusters Wednesday night.

"Kenosha" by Semi-Twang. The title song from their 2018 release.

"Captain Universe" by Hometown Sweethearts. They're at the Crystal Corner Bar Friday night.

"Do Me A Favor" by Chloe Louise. Our 2018 Project M Champ. From the album Hard To Tell.

"Waiting For The Night Time" by Nick Matthews. See  him at Drumlin Ridge Winery in Waunakee Friday from 2:45-6:45.

"Wiegel Room" by Richard Wiegel. From the album of the same name.

"All Aboard" by Wurk. See them at the MAMA Cares Winter Ball fundraiser with Raine Sterne and Rare Element Saturday at the High Noon Saloon.

"Curveball" by Lucas Cates. From the album Back To The Cocoon.

"She's A Landslide" by Mark Croft. From Live From Studio M Volume 6.

"Too Hot" by Lynda and The Zeros. The album is called Brand New Dance Card.

"Tables Turning" by Katie Powderly. From Slips Of The Tongue.