During the course of the pandemic, Glass Animals had a funny thing happen. They earned themselves a global smash hit with their single “Heat Waves” as it made its way to the top 10 on charts all across the world. Additionally, their third full-length studio album Dreamland entered the top 10 of the albums charts as well.

While the band will happily take the success that’s come from their latest record, there’s nothing like getting out in front of an audience and playing those songs live in concert.

Glass Animals joined Audacy’s Kevan Kenney at Audacy Beach Festival and described the emotional release that came with playing in front of people again. They began their conversation by describing a moment at a New York show earlier in the tour where frontman Dave Bayley began tearing up on stage.

“It was only the second show of the whole tour,” bassist Ed Irwin-Singer recalled. When the band took the stage, the crowd erupted in a massive cheer. “We just weren’t expecting that reaction at all, we didn’t anticipate that people would react like that when we got on stage. It was wild,” he said.

“Everybody there, including us, it felt like we were cooped up for a very long time in a can that had been shaken up,” Bayley added. “It was euphoric, it was amazing.” 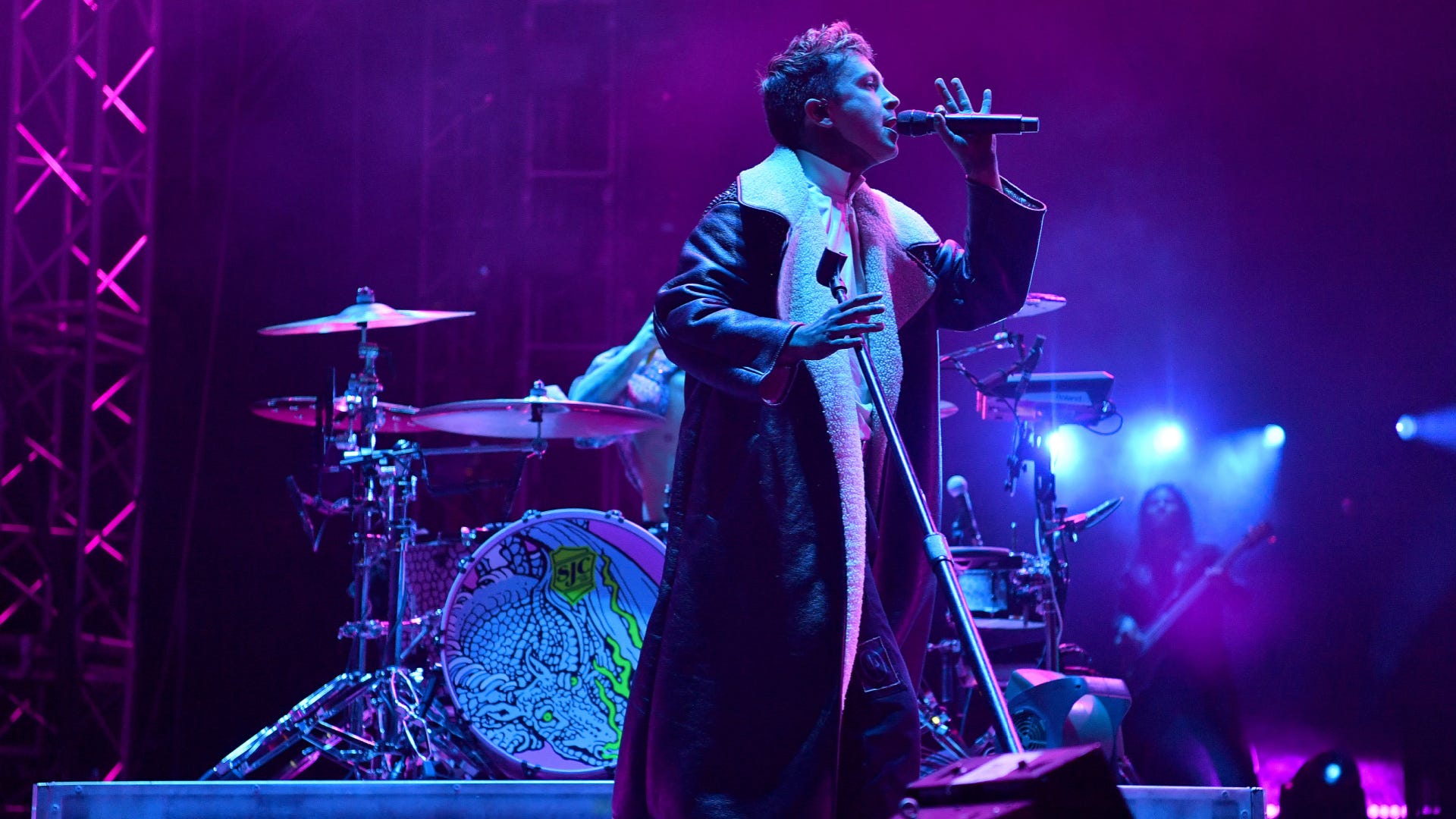 Another benefit that comes from performing again is finally giving fans the chance to hear “Heat Waves” in person. Bayley described the experience of performing it live as “so different” than seeing how the song is performing on the charts. “It’s very hard to have any sort of tangible relationship with numbers. Being back on the stage and feeling people's reactions is a moment,” drummer Joe Seaward added.

“‘Heat Waves’ has been this perfect storm of things that you couldn’t replicate if you tried. It’s lived this wild life of its own.”

Bayley described another unexpected benefit that came from the song’s success. “There was [also] an amazing amount of artwork,” he said. “We should have used that as the album cover, it was so much better than anything we’ve done,” he added while laughing.

Before their conversation wrapped up, Glass Animals touched on how important music is to their mental health. “I personally find that making music kind of saves my mental health,” Bayley health. “I’m really lucky, I feel insanely lucky to have found that.”

“We had quite a trying time before the pandemic,” Irwin-Singer added. “Joe had an accident where we couldn’t talk for a year. We had a crisis where we talked about what we were going to do and how we were going to handle it. It sort of foreshadowed what happened to everyone else.”

“It’s kind of what started the process of the album,” Bayley added. “Making music, for me at least, is trying to make sense of how you’re feeling. That’s what these songs are.”