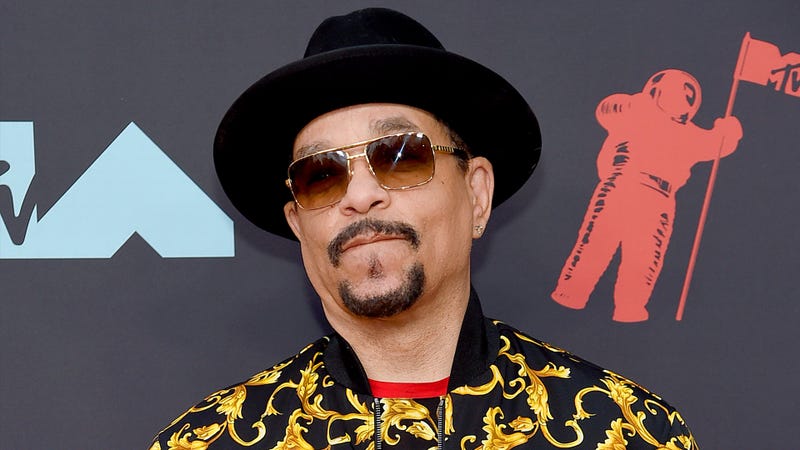 On the latest episode of Literally! With Rob Lowe, Ice-T joins Rob to talk about everything from how writing rhymes for gang members helped him hone his craft to why Black Sabbath and Lamb of God are his heavy metal heroes, and more.

“When I was in high school I used to write rhymes… for the gangs,” Ice-T explained. “I figured out early in my career that if I could entertain these gang bangers, I didn’t necessarily have to do some of the dirt they was doing.”

Eventually making the business savvy decision of choosing to represent the West Coast, rather than tie himself to one particular gang.

Ice continued, “so I was a dancer, I would tell jokes, I was a funny cat, and they liked me. I would say these particular rhymes just to them,” going on to recite an example of one. Ice continued, “and the gang banger would say ‘yo, say another one cuz, put my name in it cuz.’"

“So then when ‘Rapper’s Delight’ came out,” which as Ice also noted was the first national Hip Hop hit, "I was like, I could do that, because I was already doing it.”

After discussing the intoxicating culture of Hip Hop, and a few other things, including his foray into movies and television, the conversation eventually made its way back to the topic of music, and not just Hip Hop but, heavy metal. As he’s continuing to dip his toes in both genres.

That’s right, for those unaware, Ice-T not only maintains and entertains with his rap persona, but he also fronts the heavy metal band Body Count.

When asked about who his heavy metal heroes are, Ice answered, “Well of course Black Sabbath, that was like the first metal band I got into.” Revealing that growing up, “my cousin thought he was Jimi Hendrix,” and always had his radio dialed to the top rock stations. Making Ice extra well-versed in all the greats of that time, Boston to Traffic. Personally leaning more towards the heavier, darker stuff, like Blue Öyster Cult and Black Sabbath. “Now I like Lamb of God… Slayer," Ice also revealed, “but I’m influenced by a lot of different stuff.”

Literally! With Rob Lowe is a podcast where people he loves, admires, and knows join together in a safe space to really let their hair down (assuming they have any). Covering literally everything from the thoughtful to the extremely random, featuring guests from the world of movies, TV, sports, music, and culture for fun, wide-ranging, free-wheeling conversations.