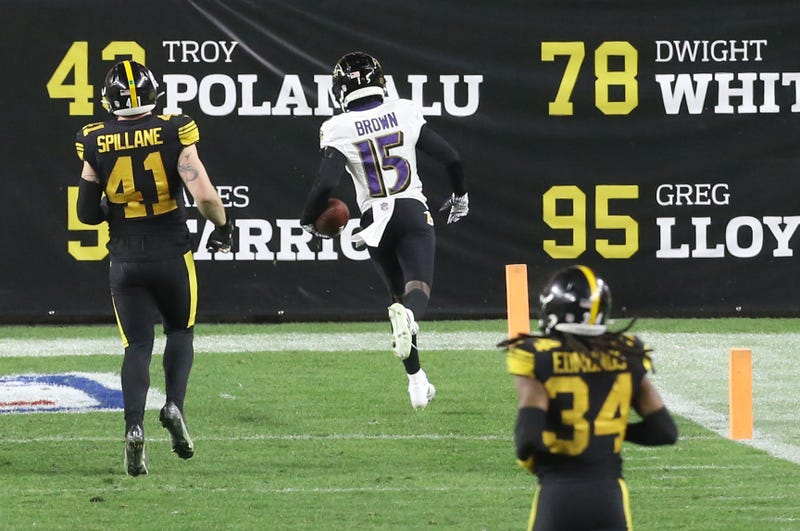 It’s loser Thursday here at 105.7 The Fan as we’re still recovering from the Ravens 19-14 loss in Pittsburgh last night. After multiple postponements, the game finally got played and joining Inside Access to review it was former NFL scout Bobby DePaul.

Bobby joined Jason and Ken to talk about what he saw from Robert Griffin III, how he thought the offensive line played despite the injuries and what he thought of the end of the first half debacle. Bobby didn’t hold back on Robert Griffin saying he was surprised he struggled against certain coverages that most quarterbacks would destroy in high school. Bobby did give praise to the Ravens defense, especially how they played in the red zone. He was also impressed with the Ravens defense not allowing the big play to beat them.

The Ravens have five games left and will look to start their playoff push against the Cowboys on Tuesday night in Baltimore.