By homering twice for the St. Louis Cardinals in a 6-3 win over the Milwaukee Brewers Sunday, Albert Pujols now has 689 home runs in his illustrious career, which appears to be in its waning days.

But as the three-time National League MVP nears two home run milestones, you're left to wonder if it wouldn't make sense for Pujols to extend his retirement tour for one more season in 2023.

Pujols is fifth in MLB history with 689 home runs. He's now just seven home runs away from tying Alex Rodriguez for fourth in MLB history. It's unlikely he'll match or pass Rodriguez in the time remaining during the 2022 regular season, though he could come close if Sunday's performance is indicative of the 11-time All-Star putting together one final hot streak.

Barry Bonds, Henry Aaron and Babe Ruth are the only players in MLB history with 700 or more home runs in their careers. It feels safe to say that Pujols becoming the fourth member of the exclusive 700-home run club is out of reach if he does indeed retire after this season, as he's said he will do since returning to the Cardinals in late March.

Pujols is 42 and his career has spanned the tenures of four American presidents, two of whom had multiple terms. It's possible that regardless of where his home run total is at the end of this season, Pujols has made peace with walking away. 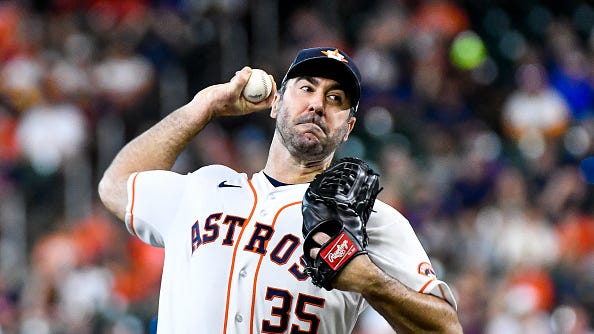 But it's hard not to think about how special of a moment it would be for Pujols -- and the sport as a whole -- if he passed Rodriguez for No. 4 on the all-time home run list, and joined the 700 home run club shortly thereafter. Does he want to spend the rest of his life thinking that he walked away less than 10 home runs away from two more milestones?

In some senses, Pujols represents the consequences of the pandemic-shortened 2020 season, because if there had been a full 162 games that year, he may very well be on the doorstep of 700 right now. Heck, we might be talking about whether he should play another year in an attempt to chase down Ruth at 714 career home runs. Instead, Pujols is 11 home runs away from reaching 700 currently.

Even in the 22nd year of his career, Pujols has a 1.049 OPS against left-handed pitching this season. If he decided to put off retirement for one more year, it's hard to think that the Cardinals wouldn't welcome him back with open arms.