Of the nine positions on a baseball diamond, none has evolved more drastically over the course of MLB history than the pitcher.

Once upon a time, pitchers were routinely expected to throw nine innings or more and go on short rest. Specialty relievers didn’t exist. Even the hardest throwers likely topped out in the low-90s. Modern conditioning, radar guns and concepts such as spin rate would have sounded like science fiction to the hurlers of yore.

Thus, when compiling a list of the 10 greatest pitchers in MLB history, it’s necessary to consider historical context. Would guys like Walter Johnson and Cy Young have dominated in today’s game? Impossible to say. But they were among the best in their time and posted numbers that, when stacked against their peers, are undeniably impressive.

In addition to the difficulty of comparing between eras, there is the question of what qualities are most valuable. Is a long career that featured impressive counting stats like total innings and strikeouts more impressive than a shorter burst of virtually unhittable brilliance?

We tried to balance all those factors—though, of course, the debate is part of the fun.

One more note: Only pitchers who have hung up their rosin bags were considered, meaning current stars and future Hall of Famers such as the Los Angeles Dodgers’ Clayton Kershaw and Houston Astros’ Justin Verlander will have to wait their turn.

All statistics, including WAR, are courtesy of Baseball Reference. 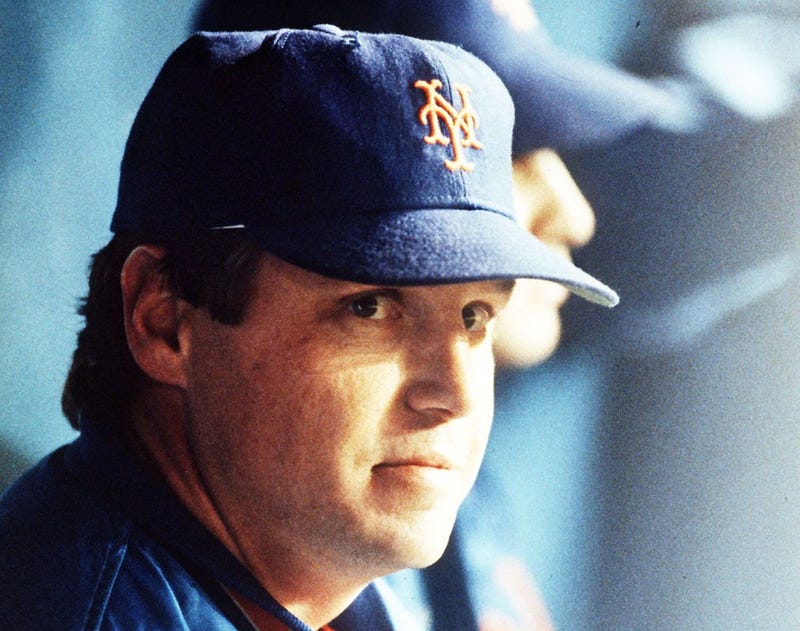 Over the course of a 20-year career, Tom Seaver won three Cy Young Awards and finished in the top five in Cy Young balloting five other times.

The 12-time All-Star led the National League in strikeouts five times and finished his career with a 2.86 ERA and 3,640 Ks.

Tom Terrific pitched at the same time as other notable Hall of Fame hurlers, including Steve Carlton, Gaylord Perry and Phil Niekro. Yet from the late ‘60s until the early ‘80s, he stood out as one of the game’s preeminent arms. 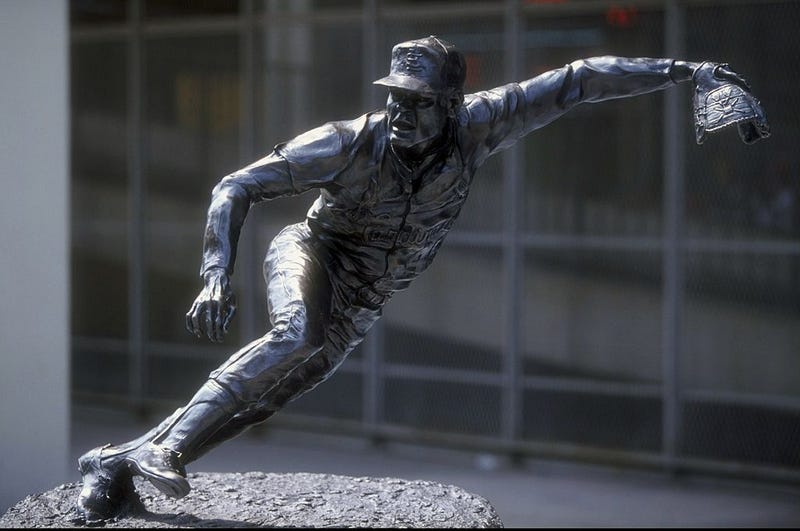 Bob Gibson had an exemplary career, finishing with a 251-174 record and 2.91 ERA. But he makes this list because of a peak period of unrivaled dominance.

The apex came in 1968, when Gibson posted an absurd 1.12 ERA with 13 complete-game shutouts in 34 starts and a league-leading 268 strikeouts en route to Cy Young Award and MVP honors.

How good was he? The following season, in a move that can’t have been coincidental, MLB lowered the mound by five inches and shrunk the strike zone. Gibson responded by leading the league in strikeouts the following two seasons and winning a second Cy Young in 1970. 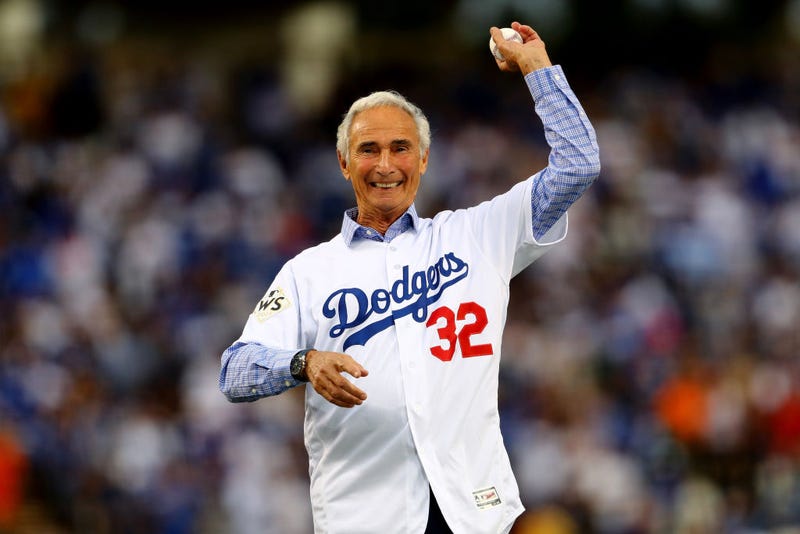 A comet that streaked across the MLB firmament, Sandy Koufax was nothing short of brilliant for a 12-year career that was cut short by injuries.

Koufax was even more otherwordly in the postseason, where he won three rings and two World Series MVPs in four trips and posted a 0.95 ERA in 57 innings with 61 strikeouts and just 11 walks. 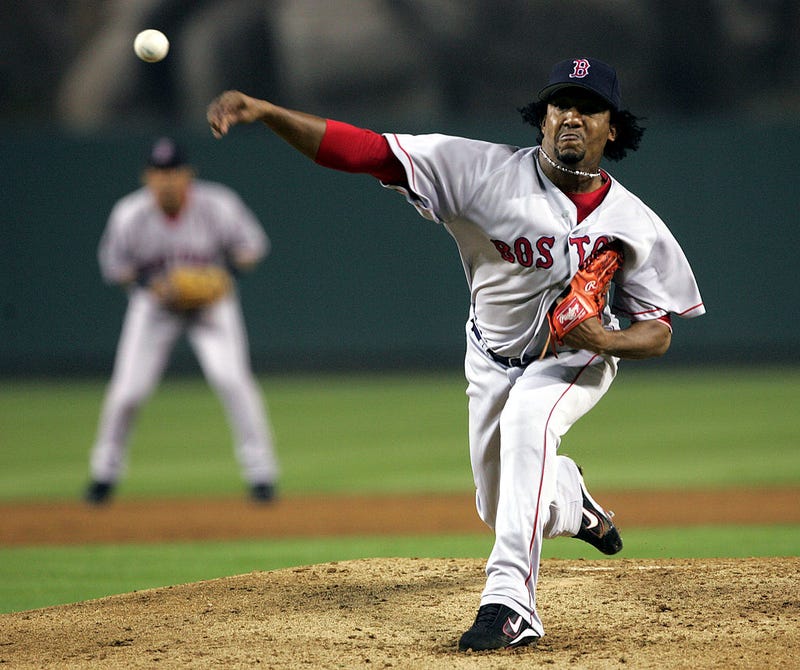 Pedro Martinez lasted longer than Koufax, pitching in the big leagues for 18 seasons. But like Koufax, he makes this list because of a short period of celestial brilliance.

Martinez finished his career with three Cy Young Awards and a 2.93 ERA and added to his legend in the 2004 postseason, when he helped pitch the Boston Red Sox to their Curse of the Bambino-busting World Series title. 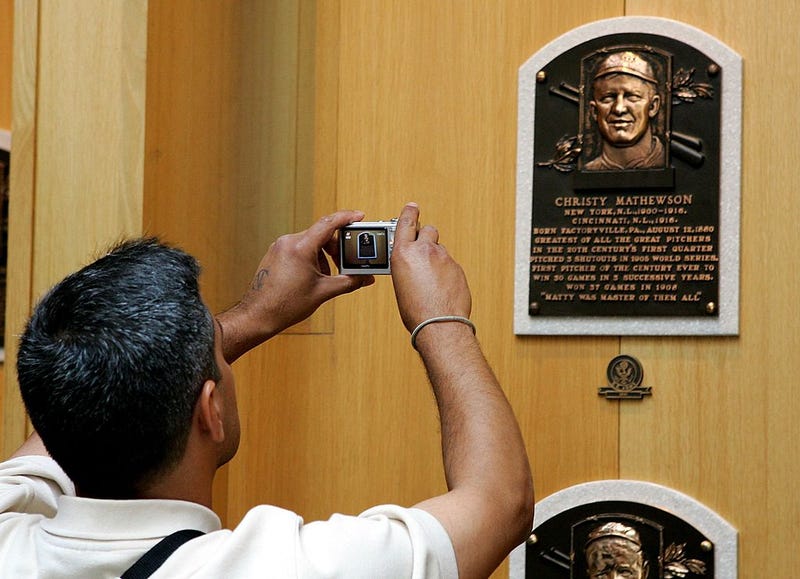 Christy Mathewson was one of the first five Hall of Famers in Cooperstown. Photo credit (Jim McIsaac/Getty Images)

The first of three pitchers on the list who benefitted, counting-stats-wise, from playing in a very different era, Christy Mathewson finished his career with 4,788.2 innings pitched and 435 complete games, the latter of which would be unthinkable by today’s standards. 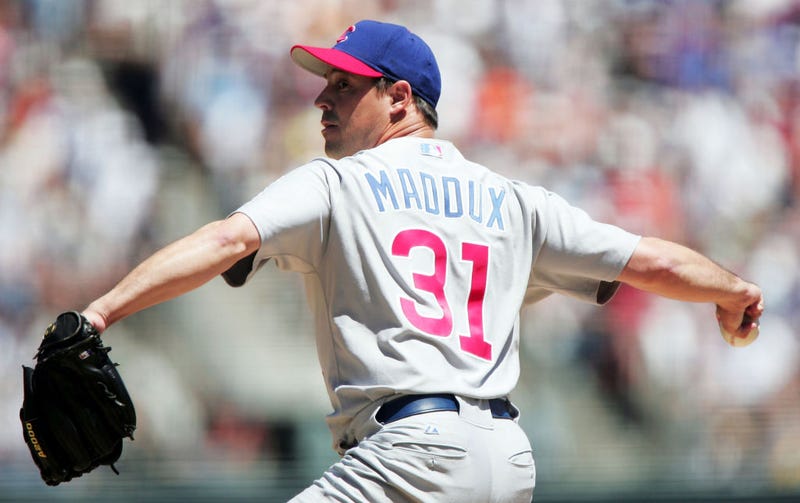 He also won an incredible 18 Gold Gloves and was generally regarded as one of the most cerebral pitchers of his or any era.

Perhaps the most enduring thing about Maddux was his calm demeanor and the fact that he looked less like a bat-missing ace and more like a guy who’d be happy to do your taxes. 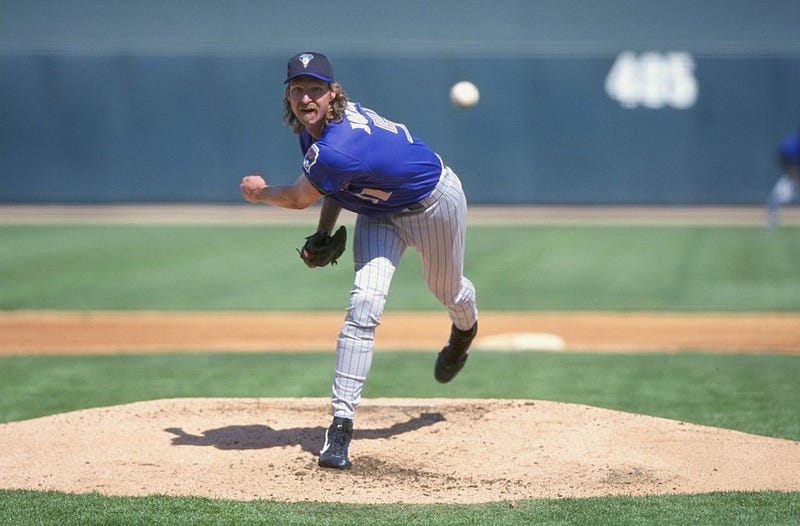 One of the tallest pitchers ever, Johnson was also one of the most dominant. Photo credit (Todd Warshaw /Allsport via Getty Images)

From the moment he debuted with the Montreal Expos in 1988 until his final season with the San Francisco Giants at age 45 in 2009, Randy Johnson was a singularly intimidating figure. He was listed at 6’10”, but opposing hitters would likely tell you he seemed ten feet tall if he was an inch.

Over the course of his career, the Big Unit went 303-166 with a 3.29 ERA. But consider his run from 1999 to 2002. He paced baseball in strikeouts every season with a minimum total of 334 and won four consecutive Cy Young Awards (bringing his career total to five).

His crowning moment came in 2001, when he joined forces with co-ace Curt Schilling to hurl the Arizona Diamondbacks through the postseason to a World Series win against the New York Yankees. 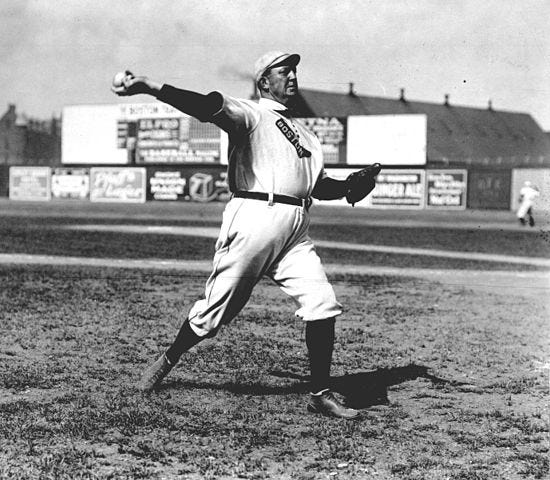 Cy Young has both the most wins and losses in MLB history. Photo credit (George Grantham Bain Collection (Library of Congress)/Wikimedia Commons)

When the award for pitching excellence is named after you, it’s safe to say you had an exemplary career.

Many of Cy Young’s stats boggle the modern mind. He holds the all-time record for starts (815), wins (511), complete games (749) and innings pitched (7,356). Again, any attempt to compare between eras is futile. We will never again see another Cy Young.

In short, Young was the definition of a volume pitcher—a guy who stuffed the stat sheet on both ends. 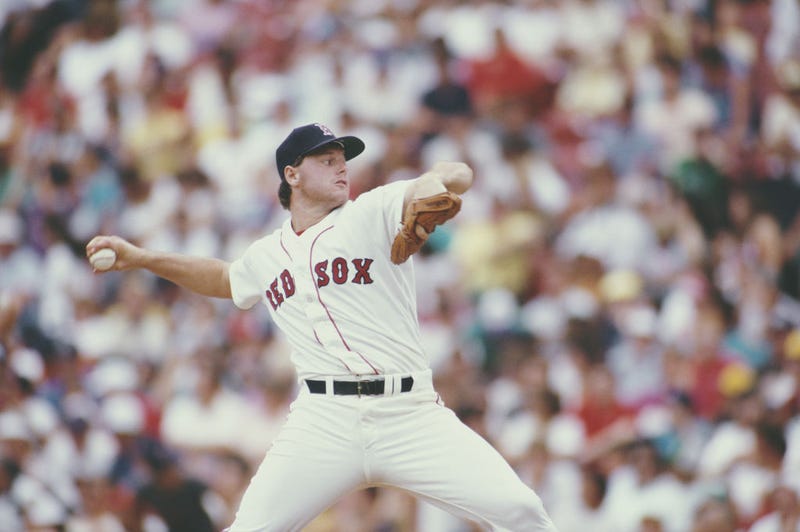 For 24 big league seasons, Roger Clemens posted a 3.12 ERA and 354-184 record. His 139.2 career WAR rates eighth all-time and second among pitchers, according to Baseball Reference’s calculation.

If you like hardware, Clemens won a whopping seven Cy Young Awards and an American League MVP with the Boston Red Sox in 1986.

Now, here’s the part where we inevitably address performance-enhancing drugs. Clemens was linked to baseball’s steroid era and it may have helped him extend both his career and his apex.

If we set that aside—and you can decide if you want to—the Rocket has a defensible argument for the greatest pitcher of all time. 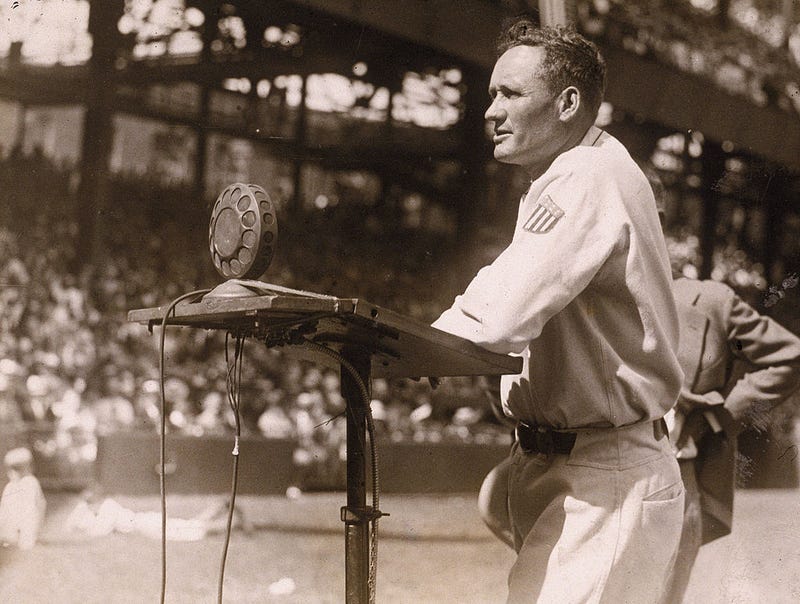 Walter Johnson is viewed by many as the greatest pitcher in MLB history. Photo credit (Hulton Archive/Getty Images)

That included an all-time record 110 complete-game shutouts. Really think about that: 110 career shutouts.

Add it up, and you’ve got a workhorse hurler whose 164.5 WAR ranks second all time, not merely among the best pitchers ever but among all players, second only to Babe Ruth.