Reigning National League MVP Bryce Harper took batting practice at Citizens Bank Park Monday afternoon, an important step as he attempts to return for the Philadelphia Phillies as they chase a postseason berth.

Two weeks after he had the pins removed from his fractured left thumb, Harper posted a video on his Instagram story taking swings Monday afternoon:

Interim manager Rob Thomson outlined over the weekend what the plan with Harper was in a discussion with the media, including Destiny Lugardo of Phillies Nation. If all went well for Harper today -- and seemingly he wouldn't post the video if he left the session with a bad feeling -- the plan was then to progress to him facing high-velocity pitches before going on a rehab stint.

Meanwhile, president of baseball operations Dave Dombrowski sounded encouraged by Harper's progress from the broken thumb, an injury he suffered when hit by a Blake Snell pitch at Petco Park on June 25.

"Well, Bryce has made great progress and today is the first day that he's hitting on the field, so we feel really good about that," Dombrowski told Chris Russo on MLB Network. "He's done very well with the recovery. Now, it's really kind of up to him. He's been cleared as far as participation is concerned, so he's out there just working his way back up. So when you say Sept. 1, I think that's a realistic goal."

As he continues to deal with some stiffness in his right elbow -- he had a PRP injection in May in an attempt to avoid surgery to repair the small tear in his UCL -- it appears that Harper will return as strictly a DH. Whether he will be able to progress to playing in the field in the final few weeks of the season remains to be seen. 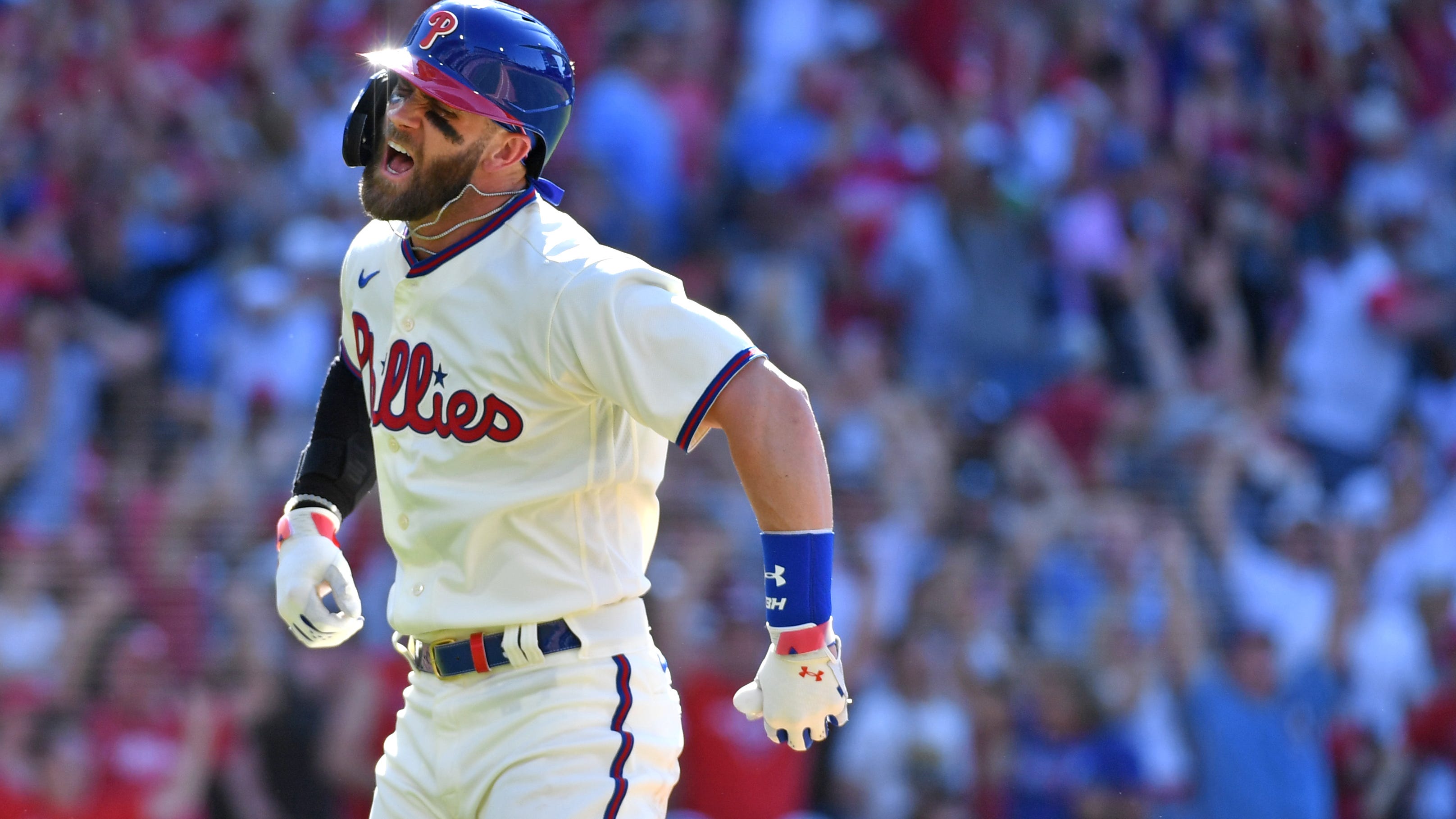