Judge’s home run on Tuesday night sparked a ninth-inning comeback against the Pirates, only adding to the weight of the moment.

Keith McPherson and Sweeny Murti of Audacy’s original “BXB” podcast talked about Judge’s remarkable feat and how much 60 and 61 still mean to Yankees fans.

“I am still so much in awe of this number being chased down. 60 and 61 still mean something as a kid who grew up as a baseball fan looking at records and history and numbers and statistics. That still means something to me,” Murti said (12:30 in player above). “It hasn’t been cheapened because of the PED guys. I feel as though it’s been taken away from everybody else because of that.”

McPherson is a bit younger than Murti but still remembers the excitement of the home run chase in 1998.

“I can’t speak for the younger generation, but I’m sure there’s some people close to my age and younger that might be able to relate to what I’m about to say… I remember the hype around the home run chase between Sammy Sosa and Mark McGwire but I don’t remember as a kid anyone even caring that they were steroid users,” he said. “Back then, even the marketing for Major League Baseball, the machine around that home run chase, they weren’t talking anything about steroids. It was a different era and a different time. It was just cool. Chicks dig the long ball. It was just fun to see home runs being hit far and this high number being reached. I just don’t remember as a kid thinking at all about PEDs, steroid users. And even though these guys were buffed up muscle men, I just don’t remember that being a thing.”

Looking back on it, and with how baseball has shunned those steroid users, we may see it in a different light. That makes Judge’s season that much better, and it makes the 60 and 61 home run totals mean something.

“As a Yankee fan, yeah,” McPherson said when asked if 60 and 61 mean still something to him. “Maybe I’d have a different perspective if I wasn’t a Yankees fan and in the Yankees universe and seeing everything through Yankees glasses and through the Yankee fan lens. Yeah, I said last night I think it’s no coincidence. I feel like it was destiny for Aaron Judge to be chasing down 61 61 years after 1961 in a Yankees uniform in a contract year, a bet-on-myself year.”

Judge is in his own stratosphere in terms of home runs this season. It’s an era of baseball where home runs are mostly down across the board with Kyle Schwarber being 20 home runs behind Judge’s 60. He’s doing this all by himself.

“First of all, Roger Maris had Mickey Mantle, too. They were both chasing down this number,” Murti said. “Aaron Judge doesn’t have anybody else he’s competing with. He’s doing this all by himself in his own lineup, in his own league, in his own sport. He’s the only one doing this.”

On top of that, Maris and Mantle didn’t exactly have the same support from Ruth’s family as Judge does from Maris’.

“Babe Ruth’s widow, people who knew Babe Ruth, didn’t want that record to be broken and they went to lengths to separate this,” Murti continued. “And there’s kind of a blessing. The Maris family is there. They say records are meant to be broken. They’re not rooting for it to happen, but if it happens, they are going to applaud it, and applaud it more now because it’s not by people attached to PEDs.”

“It’s also a way different era,” McPherson chimed in. “Judge is doing this in an era where everyone’s got a cell phone. Everyone was standing up recording. Even more pressure, right. More pressure just being a New York Yankee in this time where the Yankees are in a World Series drought and we look at Aaron Judge as the face of the Yankees and the face of baseball.”

Judge might just be the perfect guy to take down Maris’ record.

“The biggest thing, for me, is the way that he carries himself. The way that he goes about it,” McPherson said. “He doesn’t pimp home runs. He doesn’t admire them. He doesn’t bat flip. He’s like the perfect Yankee. I think it’s ridiculous actually that the Yankees have this human being.” 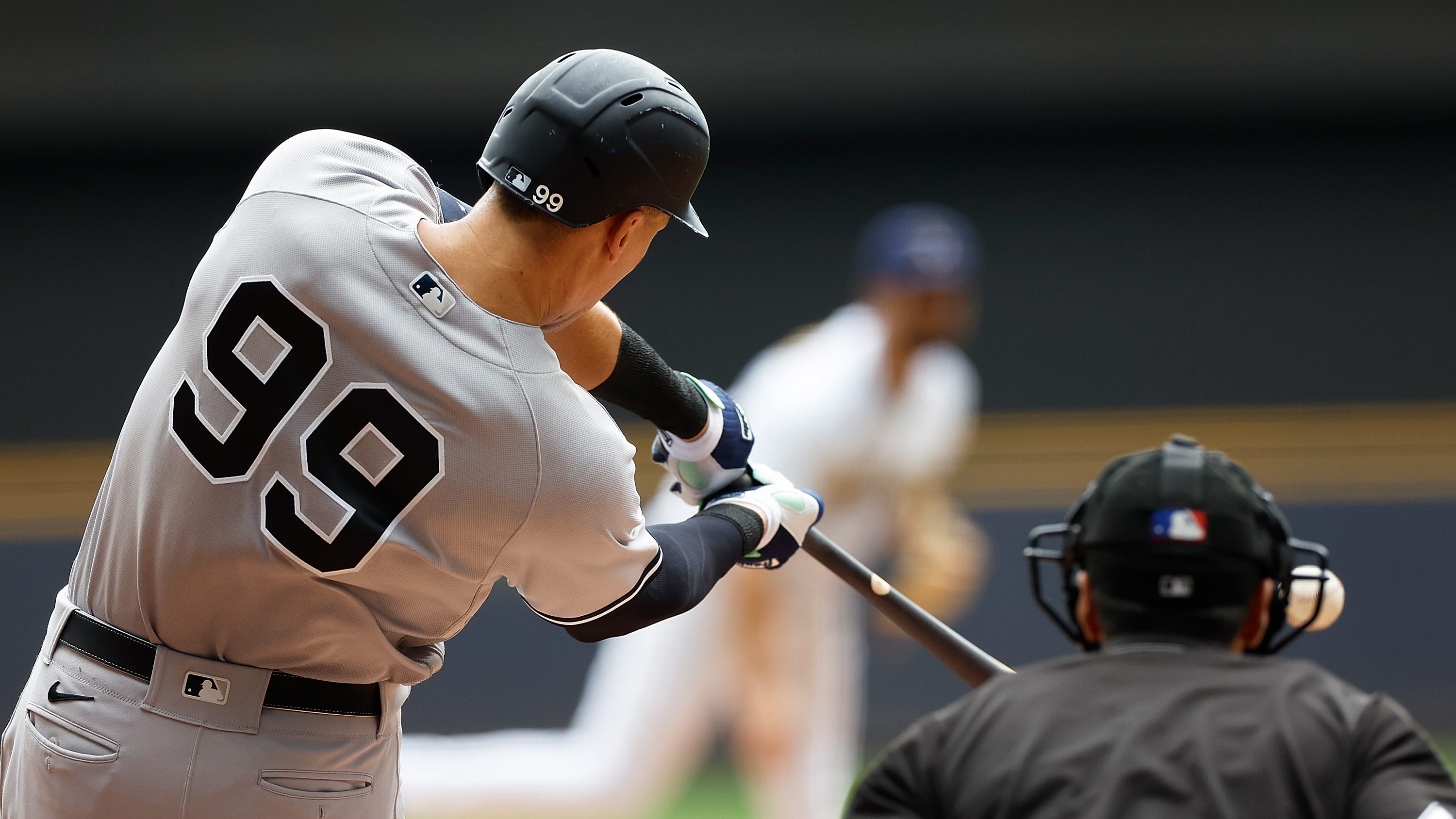 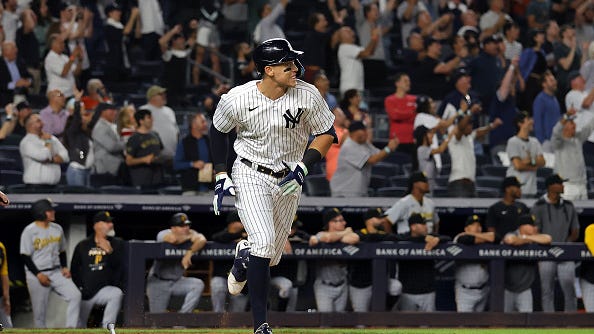 Here's how much Aaron Judge's 60th home run ball is worth