The Carson Wentz experience in Indianapolis may be over after just one season.

After the Colts failed to make the playoffs, falling to the Jaguars in Week 18, general manager Chris Ballard was noncommittal about the quarterback’s future when asked about it in a press conference Thursday.

It certainly did not sound like a vote of confidence for Wentz, whom the Colts acquired in a trade from the Philadelphia Eagles for a first- and third-round pick.

The oft-injured Wentz, surprisingly, played all 17 games which actually improved the deal in the Eagles’ favor by turning the Colts’ second round pick into a first rounder based on the conditions of the trade.

Despite being healthy, Wentz struggled with consistency throughout the year.

He completed 62.4% of pass attempts for 3,563 yards and tossed 27 touchdowns to seven interceptions.

But he threw for fewer than 200 yards in seven games, including the last two games.

The finale against the Jags may have been Wentz’s worst performance of the season. He was sacked a season-high six times and turned the ball over twice, tossing and interception and losing a fumble.

If the Colts indeed move on from Wentz, he carries a $28.3 million cap hit for the 022 season. They could save $13.3 million in cap space if they cut him, but would still have a dead cap number of $15 million. They would have no dead cap if they trade him, but it may be hard to find a suitor that could get them anywhere close to a return that they gave the Eagles.

Meanwhile, the Eagles are riding high in life without Wentz. Philadelphia is preparing for a wild-card weekend game against the Tampa Bay Buccaneers as Jalen Hurts helped lead the team back into the playoffs. 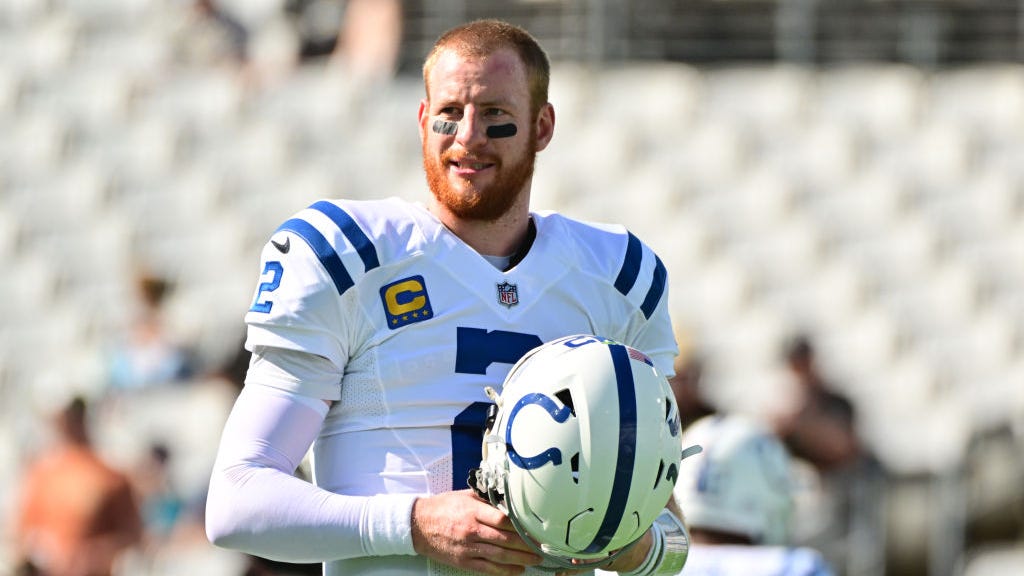