Odell Beckham Jr. will take a visit with the Dallas Cowboys, and Jerry Jones seems ready to strike if the fit is right.

The Cowboys have not hidden their adoration of the wideout, who “would love” to play for Dallas, Michael Irvin said last month on 105.3 The Fan. Beckham, 30, remains a free agent as he rehabs his torn ACL, which he sustained in February in the Super Bowl with the Rams.

Dallas long has made sense for Beckham. The Cowboys, especially with their showing against the Vikings, are a legitimate contender, and wideout is an area of need.

In his weekly appearance on “Shan & RJ,” Jones was asked if money or health was the biggest factor in Beckham negotiations.

“I don’t want to get into the negotiation where, frankly, we’re not," Jones said. "So all of those situations make it possible for us to have a deal here. Otherwise, if you didn’t have either one of those situations, he wouldn’t be available.”

Over the years, the Cowboys have developed a reputation for being selective when it comes to free-agent receivers.

Why is Beckham worth bucking that trend?

“Well, again, everything is relative,” Jones responded. “We went after (Amari) Cooper, we broke that (bank) you talked about right there with Cooper. We were glad to do it and glad to get him, and to a large degree it worked. You’ve just got to pick your poison, so to speak. Everything, it’s either/or.”

“When you look at a player, and the more you expend for a player, you can go up to where that's two players or that’s three players. It’s financial, but it’s really not. At the end of the day, it’s the capability, the athletic ability, the availability up against paying a lot to one player or paying lesser for two players. It’s one way to measure it, so it’s all relative.”

It was at that point Jones pivoted to making a point that probably says everything we need to know about the team’s viewpoint on signing Beckham.

"The main thing that everybody would agree with: If you can improve this team right now and it’s within reason, you should do it," Jones said. "We’ve got a chance."

Beckham reportedly is also scheduled to take a visit with the Giants, and there could be other teams he seriously considers.

So, the Cowboys might have to get in a bidding war, but the potential payoff of adding Beckham ahead of the stretch run might be worth it. 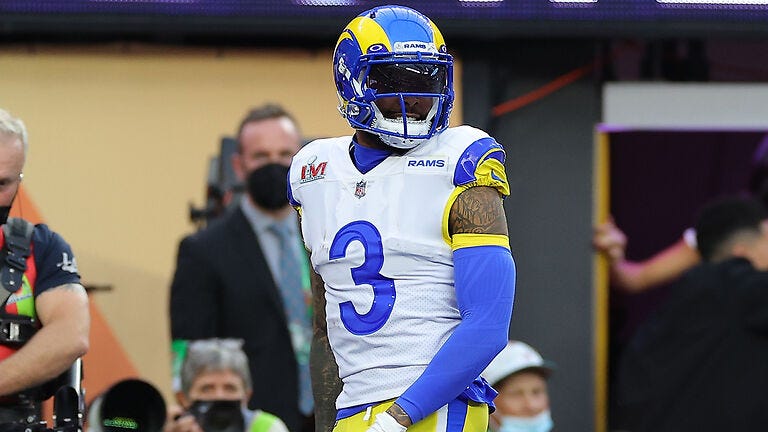