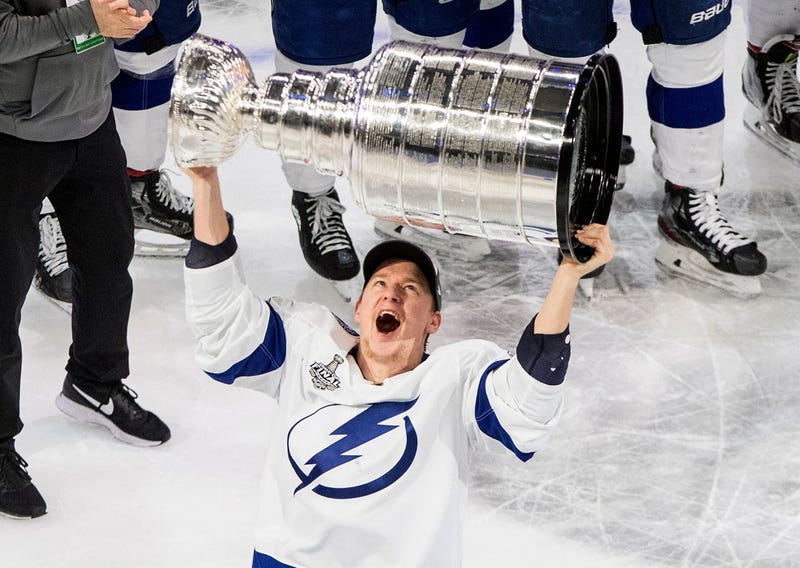 EDMONTON, Alberta (AP) — The joyful yells from the bench could be heard in the empty arena in the final seconds and the roar from players when Commissioner Gary Bettman called for Steven Stamkos to accept the Stanley Cup echoed even louder.

The triumph of winning the NHL championship in a bubble was certainly no less sweet for the Tampa Bay Lightning.

Brayden Point scored his playoff-best 14th goal and the Lightning beat the Dallas Stars 2-0 in Game 6 on Monday night to finish off the most unusual NHL postseason in history, staged nearly entirely in quarantine because of the pandemic.

The clock hitting zeros with no fans in attendance set off a celebration for a team that endured years of playoff heartbreak and two months in isolation — and their fans outside Amalie Arena in Tampa celebrated right along with them.

“It takes a lot to be in a bubble for 80 days or whatever long it was,” said defenseman Victor Hedman, who won the Conn Smythe Trophy as playoff MVP. "But it’s all worth it now. We’re coming home with the Cup.”

Before giving that trophy to Hedman, Bettman gave all the players credit for enduring a quarantine largely on their own for so long.

“To be in this place at this time under these circumstances is remarkable and frankly overwhelming," Bettman said. “Frankly, all of the players who participated should feel like MVPs.”

Goals from Point and Blake Coleman and a 22-save shutout