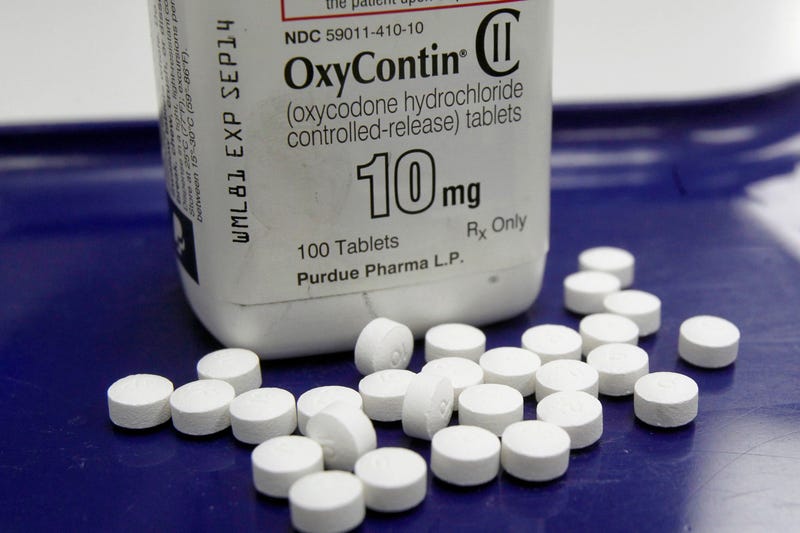 Photo credit FILE - This Feb. 19, 2013 file photo shows OxyContin pills arranged for a photo at a pharmacy in Montpelier, Vt. On Friday, Sept. 11, 2020, a U.S. Food and Drug Administration advisory panel said there’s no clear evidence that a reformulated version of the painkiller OxyContin designed to discourage abuse actually resulted in fewer overdoses or cases of addiction. (AP Photo/Toby Talbot, File)
By The Associated Press

WASHINGTON (AP) — A panel of government health advisers said Friday there’s no clear evidence that a harder-to-crush version of the painkiller OxyContin designed to discourage abuse actually resulted in fewer overdoses or deaths.

The conclusion from the Food and Drug Administration advisory panel comes more than a decade after Purdue Pharma revamped its blockbuster opioid, which has long been blamed for sparking a surge in painkiller abuse beginning in the 1990s.

In a series of non-binding votes, the FDA experts said that the updated OxyContin appeared to cut down abuse via snorting and injecting, compared to the original drug. But panelists overwhelmingly ruled that data from Purdue and other researchers did not show that the reformulation curbed abuse overall or led to fewer overdoses.

Panelists said the shortcomings were due, in part, to the challenges of studying overdoses, which often involve multiple drugs.

“I think it’s very difficult to tease out cause of death and overdose,” said Dr. Lewis Nelson of Rutgers University. “Overall, I think the quality of evidence was fairly poor.”

The long-acting OxyContin tablets can still be misused by simply swallowing them, which remains the most frequent route among those with opioid addiction.

The FDA will consider the group’s opinions as it weighs whether to revisit OxyContin’s terms of approval. That could include scaling back the drug’s prescribing labeling, which currently states that it is “expected to” reduce abuse via injecting and snorting.

Purdue’s 2010 revamped OxyContin was the first of several opioids developed by drugmakers to help curb abuse. But whether the drugs met that goal remains unclear and the FDA is reviewing their use.

These so-called abuse-deterrent formulations account for just 2% of U.S. opioid prescriptions. The vast majority of opioids prescribed are generic versions of short-acting opioids like hydrocodone.

Purdue representatives said during the meeting that multiple studies showed the updated tablets are harder to crush and dissolve, making them harder to snort or inject. They said those changes represent a “meaningful incremental improvement,” over the original OxyContin launched in 1996.

Data submitted by Purdue showed both prescribing and illegal trafficking of OxyContin decreased after the company pulled and replaced the original version of the drug.