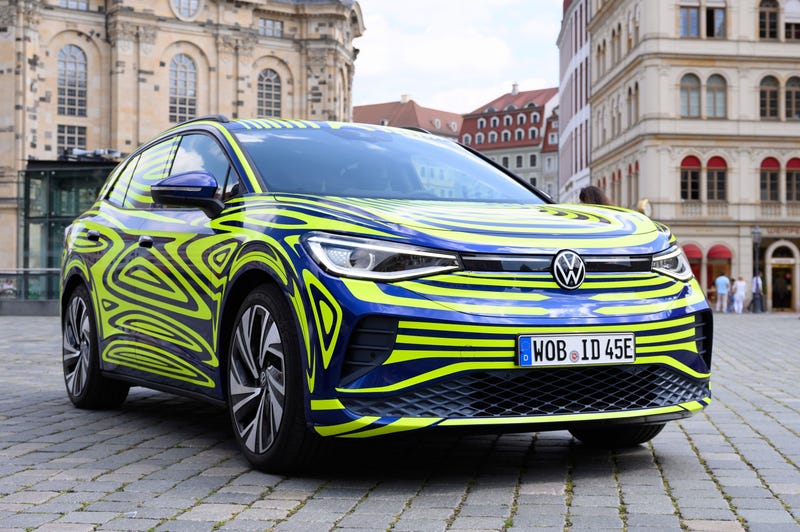 Photo credit FILE - In this July 29, 2020 file photo, a VW ID.4 stands in front of the Frauenkirche on the occasion of a Volkswagen vehicle presentation on the Neumarkt in Dresden, Germany. Germany's Volkswagen is unveiling the ID.4, the battery-powered sport-utility vehicle that is headed for global markets including the United States and China, as the company takes a major step forward in its campaign to make electric cars a mass-market choice. (Sebastian Kahnert/dpa via AP, File)
By The Associated Press

BERLIN (AP) — German prosecutors said Wednesday they have filed charges against eight more Volkswagen employees accused of involvement in the company's diesel scandal, which saw it sell cars fitted with software that let them cheat on emissions tests.

Prosecutors in Braunschweig did not identify the eight, who they said include managers, citing German privacy rules. They said the suspects are aged between 50 and 72 and face charges including perpetrating or participating in serious fraud at various points between 2006 and 2015, indirectly providing incorrect certification and breaching a law on unfair competition.

Some of them are also accused of breach of trust and tax evasion, or being accessories to those offenses.

The new charges come after a court in Braunschweig earlier this month ruled that former Volkswagen CEO Martin Winterkorn must stand trial on fraud charges. It said four other defendants would face trial on charges of fraud in connection with aggravated tax evasion and illegal advertising. Dates for that trial haven't yet been announced.

Winterkorn resigned days after the U.S. Environmental Protection Agency announced a notice of violation on Sept. 18, 2015.

The company had for years been using software that recognized when vehicles were on test stands and turned emission controls on, then turned the emission controls off during normal driving. As a result, the cars emitted far more than the legal U.S. limit of nitrogen oxide, a pollutant that harms people’s health.

Volkswagen paid more than 30 billion euros ($35 billion) in fines and settlements over the scandal.