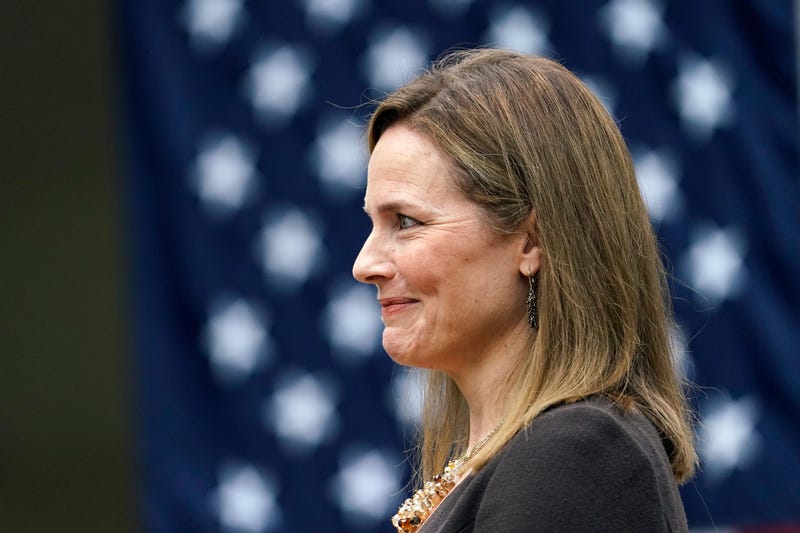 Photo credit Judge Amy Coney Barrett listens as President Donald Trump announces Barrett as his nominee to the Supreme Court, in the Rose Garden at the White House, Saturday, Sept. 26, 2020, in Washington. (AP Photo/Alex Brandon)
By The Associated Press

“However cagey a justice may be at the nomination stage, her approach to the Constitution becomes evident in the opinions she writes. ... It would be difficult for a modern justice to avoid revealing her position on whether the original public meaning of the Constitution controls its interpretation.” — 2013 article in the Texas Law Review.

“If anything, the public response to controversial cases like Roe (v. Wade) reflects public rejection of the proposition that (precedent) can declare a permanent victor in a divisive constitutional struggle rather than desire that precedent remain forever unchanging. Court watchers embrace the possibility of overruling, even if they may want it to be the exception rather than the rule.” — 2013 article in the Texas Law Review, citing Roe v. Wade, the 1973 landmark ruling that recognized a woman’s right to abortion.

“I think it is very unlikely at this point that the court is going to overturn (Roe v. Wade). ... The fundamental element, that the woman has a right to choose abortion, will probably stand.” — 2013 lecture at Notre Dame on the 40th anniversary of the Roe v. Wade ruling.