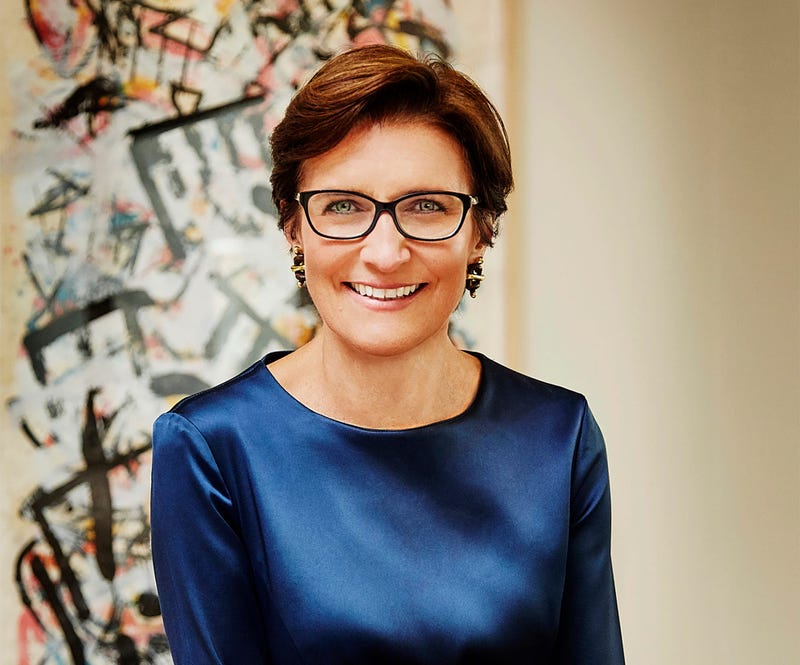 Photo credit In this undated photo provided by Citigroup, head of Citi’s global consumer banking division Jane Fraser poses for a portrait. Citigroup announced Thursday, Sept. 10, 2020, that Fraser would succeed Michael Corbat as the bank’s next chief executive, making Fraser the first woman to ever lead a Wall Street bank. (Julian Restrepo/Citigroup via AP)
By The Associated Press

NEW YORK (AP) — Citigroup's Jane Fraser will become the first woman to ever lead a Wall Street bank when she succeeds CEO Michael Corbat in February.

Fraser is currently head of Citi's global consumer banking division, a major part of the bank that oversees checking and savings accounts but also Citi's massive credit card business. She's been with Citi for 16 years.

Fraser will be the first woman to lead one of Wall Street's big six banks, a major accomplishment in an industry long dominated by men. JPMorgan Chase CEO Jamie Dimon has had women as his second-in-command for years, but shows no signs of stepping down. In a Congressional hearing last year, the CEOs of the Wall Street banks were asked whether they expected to be succeeded by a woman in their roles, and no man raised their hand at the time.

“Citi is an incredible institution with a proud history and a bright future. I am excited to join with my colleagues in writing the next chapter,” Fraser said in a prepared statement.

Corbat led Citigroup for eight years, rebuilding the company after it nearly collapsed during the Great Recession and 2008 financial crisis. The federal government had to step in to buy a stake in Citi to keep it afloat, and the bank had some of the most toxic assets on its books of all the major banks during this time.

Corbat turned Citi into a much smaller and stable entity, focusing on its credit card businesses and its international banking franchise. The bank was able to pass the Federal Reserve's “stress tests,” which test a bank's resiliency, and is considered a much stronger institution now than it ever was before the financial crisis.